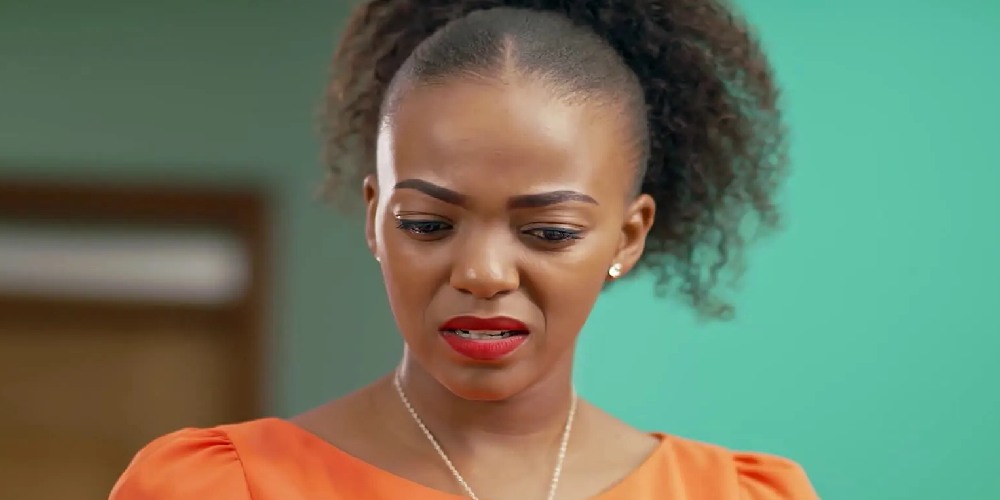 I Never Thought I Could Date A Mokorino-Selina Actress Confesses

Award-winning actress, Celestine Gachuhi aka Selina, says her baby daddy Phil KImemia has never been upset about her acting role in Selina.

On the show Selina, Celestine acted as Pascal Tokodi’s girlfriend. Many loved the couple as they were a match made in heaven. Through her YouTube channel, Celestine shared,

“He supported me throughout the entire period I was doing Selina. I was acting with Pascal Tokodi and Peter Kamau. He was like “I support you, I trust you so go do your thing.”

Celestine met Phil, a gospel artist in 2017. Sharing her story via her YouTube channel she said she was attracted to him by his beautiful voice.

“I met him in 2017, I heard a guy who had such a good voice when singing. I got curious to know more about him. I asked if we could do a project together. He gave me his number so that I could share any ideas I had.

He knew I was an actress but he did not know that I acted on Selina.”

Selina says what interested her is how they clicked from the word go.

“We talked about very deep stuff about our lives and our families. At the time I would listen to voice notes he used to send the entire time. One day I was late after a show and the cab apps were not working so I called him. He sent me the number of a cab guy. “

“I was reading a certain book, he asked me to give it to him once I finished reading it. When I went to the CBD to drop the book he sent his sister to pick the book up.”

Kimemia and Selina finally met and she was impressed by what she saw.

“When we met for the first time he had a head turban, he was returning my book. In my life, I had never thought I could date a Mukorino.”

Selina says she felt like Kimemia was dragging her along as he was not making it clear if he wanted to date her or not. He finally gathered the courage and asked for a date.