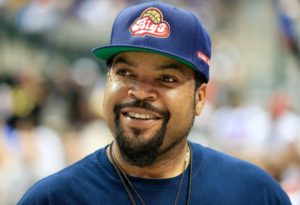 Ice Cube and the NFL are now partners!

The league announced today its commitment to assist Contract With Black America Institute, or CWBA, an economic-inclusion initiative led by Cube, to increase economic equity and partnerships with Black-owned businesses.

According to the Survey of Consumer Finances, in 2019 (the most recent survey conducted), the median net worth of Black households was $24,000 compared to $189,000 for white households.

“We feel like if you tackle the huge wealth gap between Black people and white people in this country, that should solve a lot of problems that’s there,” Ice Cube said on the AP Pro Football Podcast. “Our thing was to go after some of the biggest companies in the country that rely on Black consumers or Black workers, and the biggest one that we focused in on was the NFL.”

During the last year, the league has pledged over $125 million to aid initiatives like CWBA. From Black-owned and operated Ariel Investments to CityFirst/Broadway Bank, the NFL understands that “these businesses have not always had the opportunity for exponential growth,” according to NFL Commissioner Roger Goodell.

In a statement, the NFL said the collaboration focuses on “identifying League-wide opportunities in the financial, tech, and production sectors, with a concentration on increasing direct, and indirect, spend to national Black businesses to help close America’s racial and economic wealth gap.”

“For more than a year, the CWBA Institute has been working closely with the NFL on identifying resources to build stronger, more substantive economic partnerships with the Black community,” said Ice Cube, according to the National Football League. “Our team at CWBA, including my longtime business partner and entertainment lawyer Jeff Kwatinetz, and advisors Ja’Ron Smith and Chris Pilkerton, are focused on building corporate partnerships with measurable economic growth outcomes for Black communities across the country. We believe this is a giant step in the right direction.”

The entertainer and entrepreneur is not stopping with the NFL, as he pursues MLB and MLS. He…