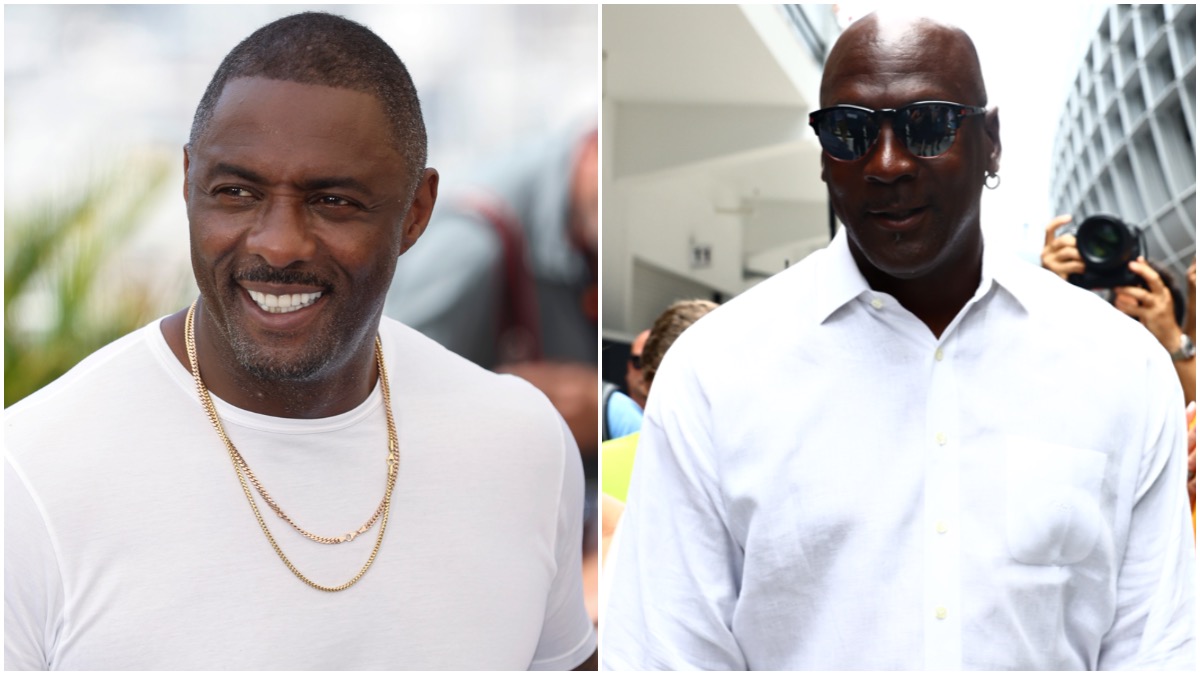 Idris Elba may still have his sights set on playing one of the greatest basketball players.

“The Harder They Fall” actor recently revealed that while his desire to play Michael Jordan has not come to fruition, the seed was planted more than a decade ago. Speaking with Complex, Elba said that he met the former Chicago Bulls star “once or twice” during the early 2000s. At that time Elba had already found stardom on the hit show “The Wire.”

Reflecting on the Jordan brand events he once frequented, Elba shared, “I even said to him [Michael Jordan] one time, ‘I want to play you.’” But his enthusiasm was met with Jordan’s not too interested “Hmm, I’m not ready yet.”

“I was dead serious,” Elba added. Unlike others who would probably love to portray the NBA great, Elba said he his focus would be Jordan’s endeavors off the court.

“In my head playing Jordan wouldn’t be about playing the basketball player, it was about the businessman,” he explained. “He [Jordan] is a very astute businessman, really smart. And his work as a philanthropist is like unspoken, but people don’t understand the work — he cares, he does a lot of work. So that’s where I was getting at, I wanna play Jordan, I’m doing that. But he was like, ‘Ahhh I’m not ready for that story yet.’”

Jordan, 59, has been criticized throughout the years not using his platform to advocate for the Black community. In 2014, ESPN senior writer Scoop Jackson offered a rebuttal to those claims, instead highlighting how Jordan has employed scores of Black people, even naming some as president of his billion-dollar Jordan brand.

“Michael’s willingness to hire, support and promote minority leaders throughout his business ventures has been remarkable,” Larry Miller, then president of the Jordan Brand, told Jackson. “He has always been focused on creating successful and sustainable businesses and has empowered minority leaders, including myself, with the opportunity to grow and advance…