BREAKING NEWS
GMT-4 05:42
Home Politics In One Of The Best Speeches Of His Presidency, Biden Destroys GOP Law & Order Hypocrites 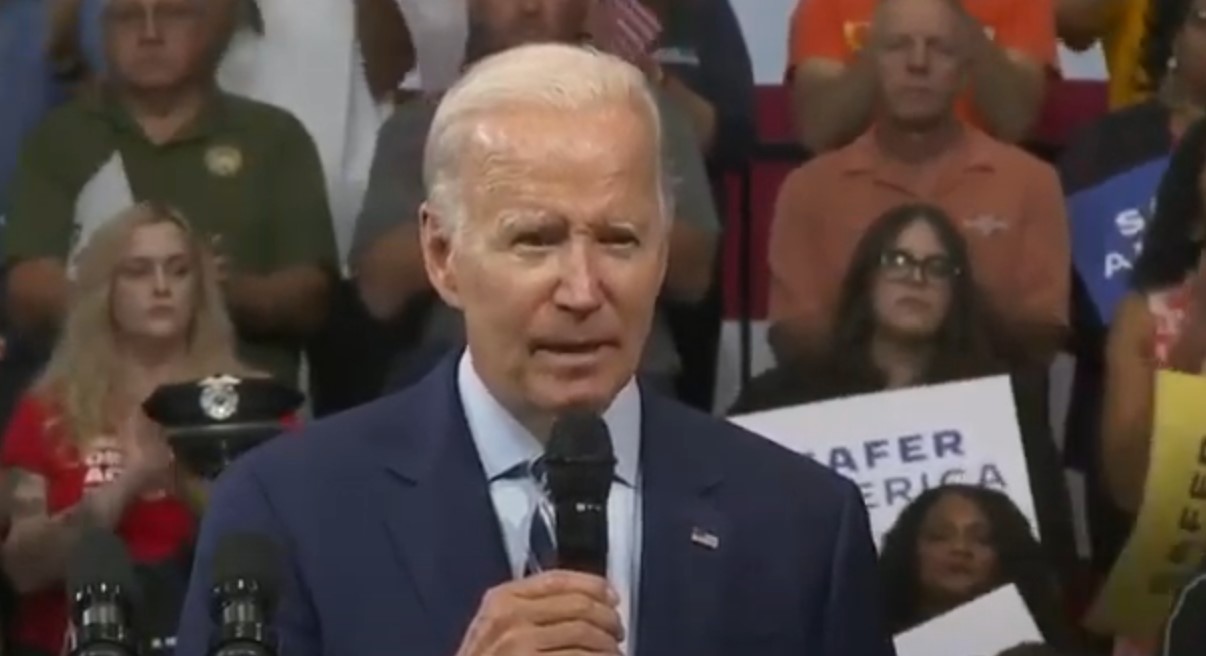 In One Of The Best Speeches Of His Presidency, Biden Destroys GOP Law & Order Hypocrites

President Biden directly took on the GOP when he said Republicans can’t be the party of law and order and threaten FBI agents.

You cannot be both pro-law enforcement and pro- insurrection. You cannot be a party of law and order while calling the people who attacked the police on January 6th patriots. You cannot do it.

Now, it is sickening to see the new attacks on the FBI, threatening the lives of law enforcement agents and their families, simply for carrying out the law and doing their job. Look. I want to say this as clearly as I can. There is no place in this country, no place for endangering the lives of law enforcement. No place. None, never, period. I am opposed to defining the police, I am also opposed to defunding the FBI.

The forcefulness and directness of the President’s remarks stood out. There was no mushy ambiguity. Biden called out the MAGA Republican hypocrisy of claiming to support law enforcement while defending those who attacked and killed police officers on 1/6.

The President was correct. Republicans can’t claim to be the party of law and order while they threaten the FBI for doing their jobs.

Biden was strong in his Pennsylvania speech. The President and his party have been on a roll for the past couple of months, and Biden showed the sharpness of message that could give Republicans headaches in November.

Member of the Society of Professional Journalists and…