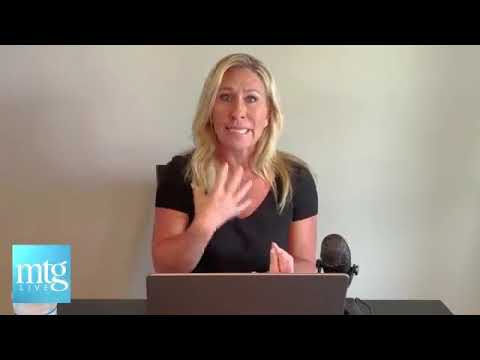 Rep. Marjorie Taylor Greene (R-GA) claimed that the government will zap people inside their bodies for eating cheeseburgers.

You have to accept the fact that the government wants to provide surveillance on every part of your life. They want to know when you’re eating. They want to know if you are eating a cheeseburger, which is very bad, Bill Gates wants you to eat this fake meat which grows in a peach tree dish. So, you’ll probably get a zap inside your body, and say no, no, don’t eat a real cheeseburger. Eat the fake meat from Bill Gates.

They also probably want to know when you go to the bathroom and if your bowel movements are on time, or consistent. I mean, what else do these people want to know.

Marjorie Taylor Greene just won a primary in a congressional district in Georgia. Kevin McCarthy has promised to give her a promotion and better committee assignments if Republicans take back the House.

Rep. Greene will be in the House majority ranting about Bill Gates conspiracies and “peach tree” dishes from a position of power if Democrats don’t show up and vote in November.

Ignorance mixed with whatever else Marjorie Taylor Greene has going on is dangerous.

It is easy to make fun of her, but the serious point is that people like her could soon be making policy in the United States.