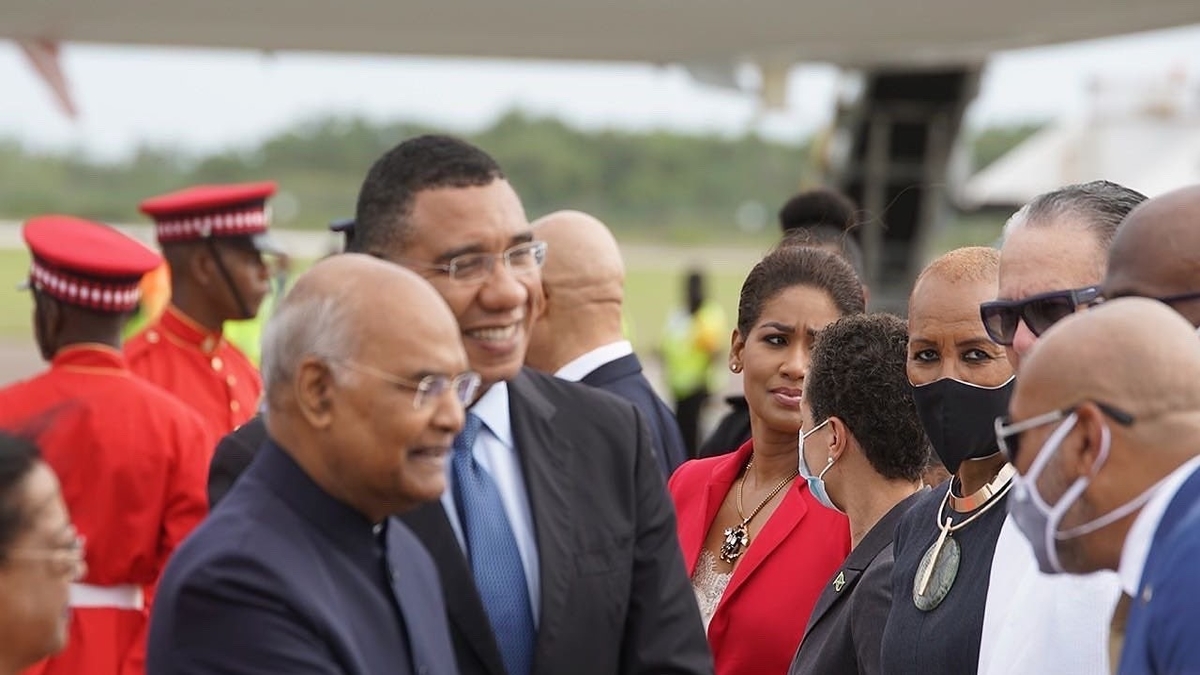 The President of India, Ram Nath Kovind landed in Jamaica on Sunday and is set to spend three days on the island which marks the first time an Indian leader of such a high rank has ever visited the country.

The Indian President according to the Jamaica Gleaner who published a story on the matter will have several activities lined up for him such as visiting Marcus Garvey’s memorial to pay his respects, as well as meeting with Sir Patrick Allen, the country’s Governor-General and Minister Andrew Holness to have a rapport on the existing relationship between India who is celebrating their 75th year of Independence and Jamaica their 60th.

Based on what is understood from the information provided by The Gleaner, India is noted by the IMF as the country whose economy will grow the most in the next two years which when taken into consideration might be an excellent partnership for Jamaica.

The President of India’s visit was also shared on Twitter by the Jamaica Constabulary Force who showed photos of their officers on duty, ensuring he gets a memorable welcome.