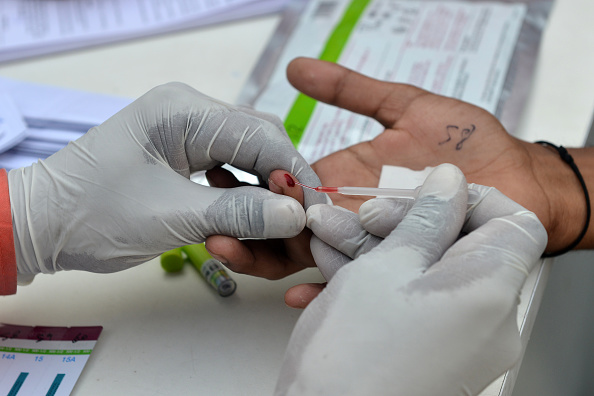 An Instagram model who has been linked to numerous celebrities nearly died from AIDS after going untested for almost a decade, according to a recent TikTok video.

Gena Tew, who has been spotted in the past with the likes of Nick Cannon, Chris Brown and Chief Keef, spoke about her experiences in a video posted on Monday, telling her followers that she doesn’t know when or how she contracted the virus, but noted her doctor said it had to have been in her system for at least eight to ten years.

Hadn’t Been Tested In 8-10 Years, Nearly Died From The Virus

She also revealed she hadn’t gotten tested during that entire time period, and only got tested once the symptoms became noticeably debilitating.

#answer to @mantonioyo how did i get aids.. well #fyp #aids #letstalk #naturalhair

Tew did hesitantly admit that she had been raped several times when she was homeless and living in New York City, and hinted at that being the likely cause of her infection.

The heavily inked IG model added that she had also received several free tattoos, with the blood-borne illness known for being spread through needles.

“Could it have been a dirty needle? I don’t know. Do I know those people? No. Did I say anything when those things happened? No. Because I was naive and I was stupid and I was young.”

? Never Had a Chance – Katherine Li

Weight Dropped To 65 Pounds, Lost Ability To Walk And Blinded In One Eye

The 27-year-old also said she lost a lot of weight from the virus, at one point getting down to as low as 65 pounds. She had to undergo physical therapy just to get her body back into serviceable shape, she said.

Based on her age, she must have contracted AIDS between the ages of 17 and 19, according to her doctor’s assessment.

“I got so weak in the first days of knowing I had AIDS… I could barely focus and strained to talk,” she captioned a video, which showed her looking gaunt in a hospital bed.

She also lost sight in one eye…