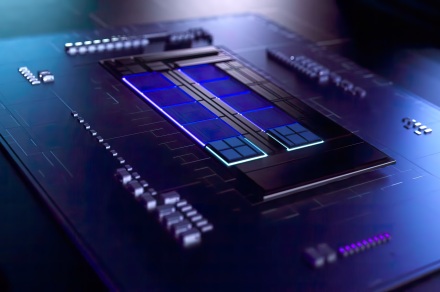 Intel’s 13th-generation Raptor Lake chips may be capable of boosting past the 6GHz mark if one tipster is to be believed. The company’s current Core i9-12900 CPUs are already capable of maxing out well over 5GHz.

The rumor comes courtesy of tipster @OneRaichu on Twitter, who claims at least one SKU of the CPU will be capable of a 6GHz turbo boost due to Intel’s Efficient Thermal Velocity Boost (ETVB) technology. That would make it the first x86 chip to reach that level of performance.

?6 GHz turbo MAYBE will appear in one SKU. (in ETVB mode)?
I guess it should not be normal sku. https://t.co/SFubzjdXNG

More confirmation of ETVB was revealed when Intel updated its Extreme Tuning Utility (XTU) overclocking application to include “future platform” support for ETVB. As Wccftech notes, the overclocking features listed in the XTU changelog will be available to 12th-gen Alder Lake CPUs as well.

As a refresher, Intel’s regular TVB “opportunistically” increases the clock speeds by up to 100MHz if the CPU is within its thermal limit and enough turbo headroom is available. This is how Alder Lake CPUs are able to get into the mid-5GHz range. The ETVB mode will likely be an improvement upon the TVB to perhaps allow even higher frequency boosts depending on how hot the CPU is.

This probably isn’t surprising considering some of the early benchmarks we’ve seen for Raptor Lake. In the Sandra benchmarking tool, it was found that the Core i9-13900 crushed the current Core i9-12900. However, we must caution that it was an early engineering sample that was tested so the actual performance numbers could vary upon release.

Obviously, AMD isn’t sitting on its laurels, with Team Red readying its own Ryzen 7000 chips built on the new Zen 4 architecture. AMD showed off impressive results at Computex 2022, beating Intel’s Core i9-12900K by 31%. It also showed the Zen 4 chip boosting up to 5.5GHz while playing Ghostwire Tokyo.

AMD CEO Lisa Su noted that even with such impressive results, Ryzen 7000 chips will be capable of of clock speeds “significantly”…