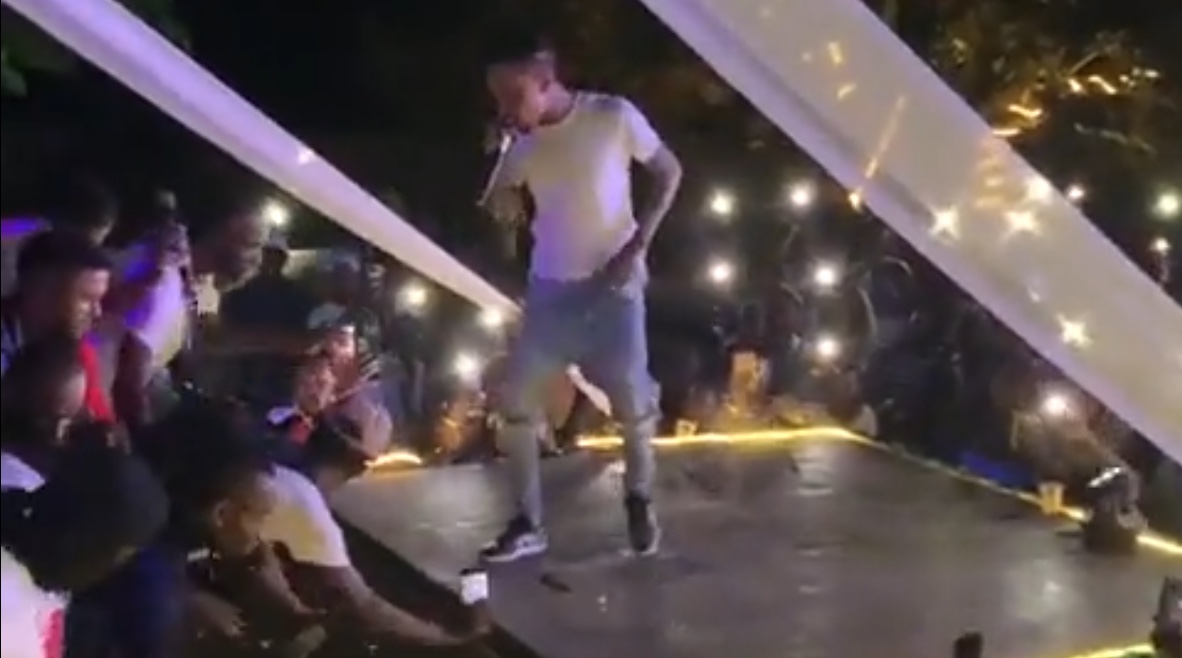 Dancehall entertainer Intence was left the last man standing when a section of the stage behind him which had an entourage of men collapsed mid-performance.

Performing at a packed venue, the ‘Yahoo Boyz‘ artiste could be seen upfront entertaining the crowd, then as he seemingly turns around, the unexpected happened. In a split-second, a part of the stage holding a group of men caved in. None of the men seemed to have gotten hurt severely, as they are seen trying to climb onto the other end.

“Bomb*claat!” Intence shouted into the mic as he observes the mishap from the other end of the stage.

The majority of comments regarding the incident have been from people laughing, with most questioning why so many men are on a stage with the artiste.

“Have a right cause idk weh so much man a do behind him,” a commenter said, while another said, “never get the bagga mn behind the artist while performing him nuh need nuh need nuh more than him bodyguards.”