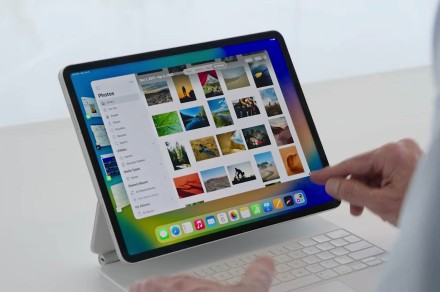 iPadOS 16 may not hit your iPad until October, says report

Apple is placingiPadOS 16 on a rather unusual release schedule. Bloomberg reported on Wednesday that the company might delay the launch of the iPad’s new software update by about a month, placing it in October.

Usually, Apple releases iPadOS updates at the same time as the iOS updates in September, and they would be pre-installed in new models of their respective devices. For example, iOS 16, which is in the public beta phase, is still slated to come out next month, and it’ll be included in the iPhone 14. However, people with knowledge of the matter, who remained anonymous because deliberations were private, told Bloomberg that Apple will hold off on releasing iPadOS 16 until October.

The main reason Apple is delaying the release of iPadOS 16 by one month is so that it can make improvements to the Stage Manager, a new multitasking feature that allows users to resize windows and shift between apps. This decision is based on feedback from developers and users who complained about Stage Manager’s confusing UI, bugs, and its incompatibility with most iPad models during the ongoing beta testing period. This incompatibility is because the feature is only available in iPad models that carry the M1 chip, which limits the multitasking capabilities of older models.

The delay of iPadOS 16 is both good and bad for Apple and developers. Delaying the release of the software pushes it closer to the launch of the new iPad Pro, which comes with the M2 chip, and the launch of macOS Ventura. However, developers are creating universal apps on iOS 16 and iPadOS 16 and are unable to separate the two, as pointed out by indie developer James Thomson on Twitter, so the delay of iPadOS 16 could have huge implications on their app release schedule.

The last time Apple released iOS and iPadOS updates at separate times was in 2019. It released iOS 13 on September 19, and it released iPadOS 13 five days later. This makes the one month gap between iOS 16 and iPadOS 16 a surprising move.