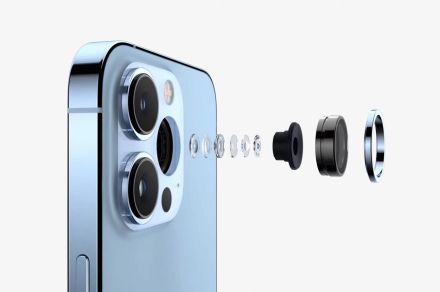 Some of the rear camera lenses destined for Apple’s next iPhone have been suffering “coating-crack quality issues,” according to respected Apple analyst Ming-Chi Kuo.

Kuo said that to prevent the issue from impacting shipments of the iPhone 14, which is expected to launch this fall, Apple has brought in another supplier — Taiwan-based Largan — to help with the production of the camera lens.

“My latest survey indicates one of Genius’s iPhone 14 rear lenses likely suffered from coating-crack quality issues,” the analyst said in a tweet posted on Wednesday, adding that as a result, Apple had “transferred about 10 million lens orders to Largan from Genius to avoid affecting iPhone 14 shipments.”

In a second tweet, Kuo said the lens coating-crack problem “should be addressed within 1-2 months based on experience,” adding that “if Genius can’t handle the issue, Largan will continue to receive more orders.”

Another challenge facing iPhone 14 production surfaced last week when Kuo revealed that a number of panel and memory suppliers were experiencing component shortages. However, Kuo’s analysis was that the issue would have a limited impact on production as other suppliers were being brought in to help fill the gap.

Kuo said in a tweet: “I have learned that recently some iPhone 14 panel and memory suppliers have experienced supply issues,” adding that impact on mass production of the handset would likely be limited as “other suppliers can fill the supply gap.”

A report earlier this month suggested that Apple believes the iPhone 14 will outsell the current iPhone 13 model when it goes on sale in just a couple of months from now.

Another report highlighting Apple’s big expectations for the device said that contacts in the supply chain revealed Samsung is expecting to make some 80 million displays in the third quarter for the ?iPhone 14 line-up, which will likely include the ?iPhone 14, iPhone 14? Max, iPhone 14 Pro, and ?iPhone 14 Pro? Max.

For everything there is to know on the upcoming iPhone 14, Digital Trends has you covered.