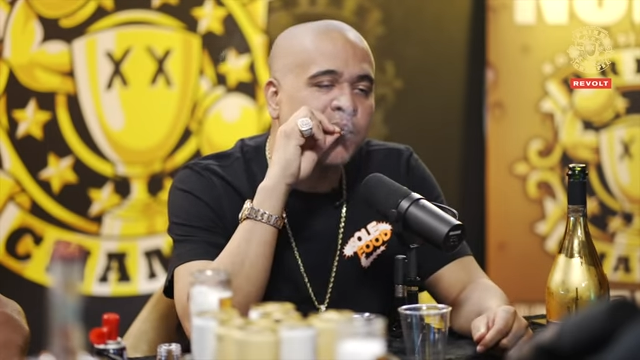 Irv Gotti has placed moments of intimacy shared between him and Ashanti into the public eye recently. During appearances on Drink Champs and in The Murder Inc Story, Gotti revealed they hid a relationship, but now he is putting all of the information out there.

Despite the criticism of the general public, Irv Gotti is standing by his words, citing, “I just told my truth.”

“It’s my life. They paid me a bunch of money to talk about my life at Murder Inc. and I caught all this flack because of it,” Gotti said to Essence. “It’s my life. I’m not a lying type person. I wish Ashanti all the best. If you’re watching Ashanti, I wish you all the best. But I just told my truth.”

Irv Gotti is letting all of his feelings and the secrets about him and Ashanti out. As reported, Irv and Ja Rule pulled up to Drink Champs. During his appearance, he spoke at length about Ashanti.

During the conversation with DJ EFN and N.O.R.E., Irv revealed Ashanti’s single “Happy” was the product of the two having sex.

Gotti said afterward he called producer Chink Santana to create the beat and then tapped back in with Ashanti to craft the lyrics. “That record came about ’cause of our energy,” Gotti said.

TMZ caught up with Judge Mathis in New York City and he stated Ashanti should send a cease-and-desist or go to court for a gag order.

You can hear the full conversation on Drink Champs and…