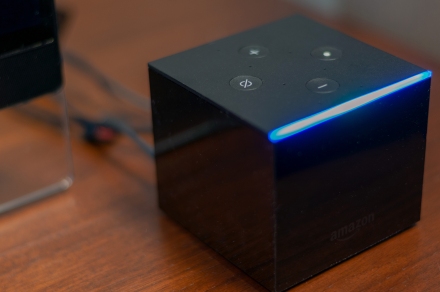 Is new Fire TV hardware on the way at Amazon’s fall event?

We’ve already taken a look at what we hope to see from Amazon at its fall event — scheduled virtually for September 28. It’s Amazon, so undoubtedly there will be a ton of smart home-type stuff at the ready.

But what about Amazon Fire TV? Are there new sticks on the horizon? Maybe a new Fire TV Cube?

Simple answer? We don’t know. Nothing has leaked ahead of the event.

Can we glean any insight from the current state of Fire TV devices? That’s another matter altogether. So let’s take a look at the landscape when it comes to the big devices — the Fire TV Cube, and various Fire TV Sticks — and whether we can expect something new on September 28.

This is the biggest thing we’re looking for in terms of Fire TV at the September 28 event. The current generation of Fire TV Cube is, by tech standards, pretty ancient. This model — the second in the Fire TV Cube line — was released in 2019. That fact in and of itself is enough to warrant speculation that it could be ripe for an update.

But the Fire TV Cube is a curious beast. Unlike the less-expensive Fire TV sticks, the Cube has a microphone array built in, and that allows you to control things with hands-free voice commands.

The question, then, is whether that feature is enough to justify an update to the hardware. For Amazon, it should be a relatively easy matter of looking at sales and usage numbers. Are enough people buying the Fire TV Cube — which retails for roughly twice as much as the Fire TV Stick 4K Max — to justify a new one? And is hands-free Alexa actually being used enough to also justify the more expensive hardware?

That a three-year-old model remains for sale in 2022 could be one answer to that question. But if we don’t see a new Fire TV Cube on September 28, that could be another answer.

The other Fire TV sticks