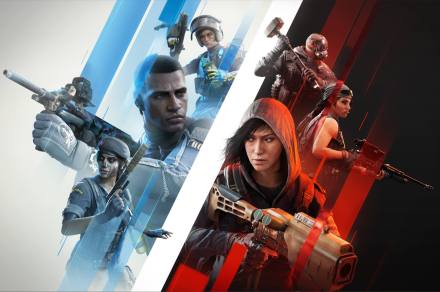 Rainbow Six Siege is one of the most popular FPS games on the market, yet it doesn’t offer full cross-platform support. Ubisoft has big plans for the tactical shooter in 2022 (including some more updates to crossplay), but right now, there are some limitations you and your friends will have to deal with when trying to play Rainbow Six Siege together.

Here’s what you need to know about crossplay and cross-progression in Rainbow Six Siege.

Rainbow Six Siege offers partial cross-platform support. That means players within the same console family can play together. For example, an Xbox One player can join a match with folks on Xbox Series X, and PlayStation 4 gamers can join in with those on PS5. PC, meanwhile, shares lobbies with those streaming on Stadia or Luna.

Does Rainbow Six Siege have cross-progression?

No. Rainbow Six Siege does not currently support cross-progression. However, players upgrading from Xbox One to Xbox Series X can transfer their account, as can players going from PS4 to PS5.

While crossplay support is limited to consoles in the same family, Ubisoft is hoping to roll out full crossplay support in the future. The Year 7 Roadmap indicates both crossplay and cross-progression are arriving in Season 4, along with a host of other updates.

“During Year 7, crossplay will become available between Xbox and PlayStation consoles, and cross-progression will be available between all platforms,” reads a statement on the Ubisoft website. “To make use of these features, you will need to link the same Ubisoft account to the relevant platform accounts you want to play on.”

Crossplay still won’t let PC players and console players join the same lobby, and you’ll be able to turn off crossplay entirely if you’d rather not party up with gamers on another platform. Also note that your multiplayer Rank will not carry over between console and PC, and you’ll instead have two separate Ranks — one for PC and one for consoles.

We don’t have a specific date for when crossplay…