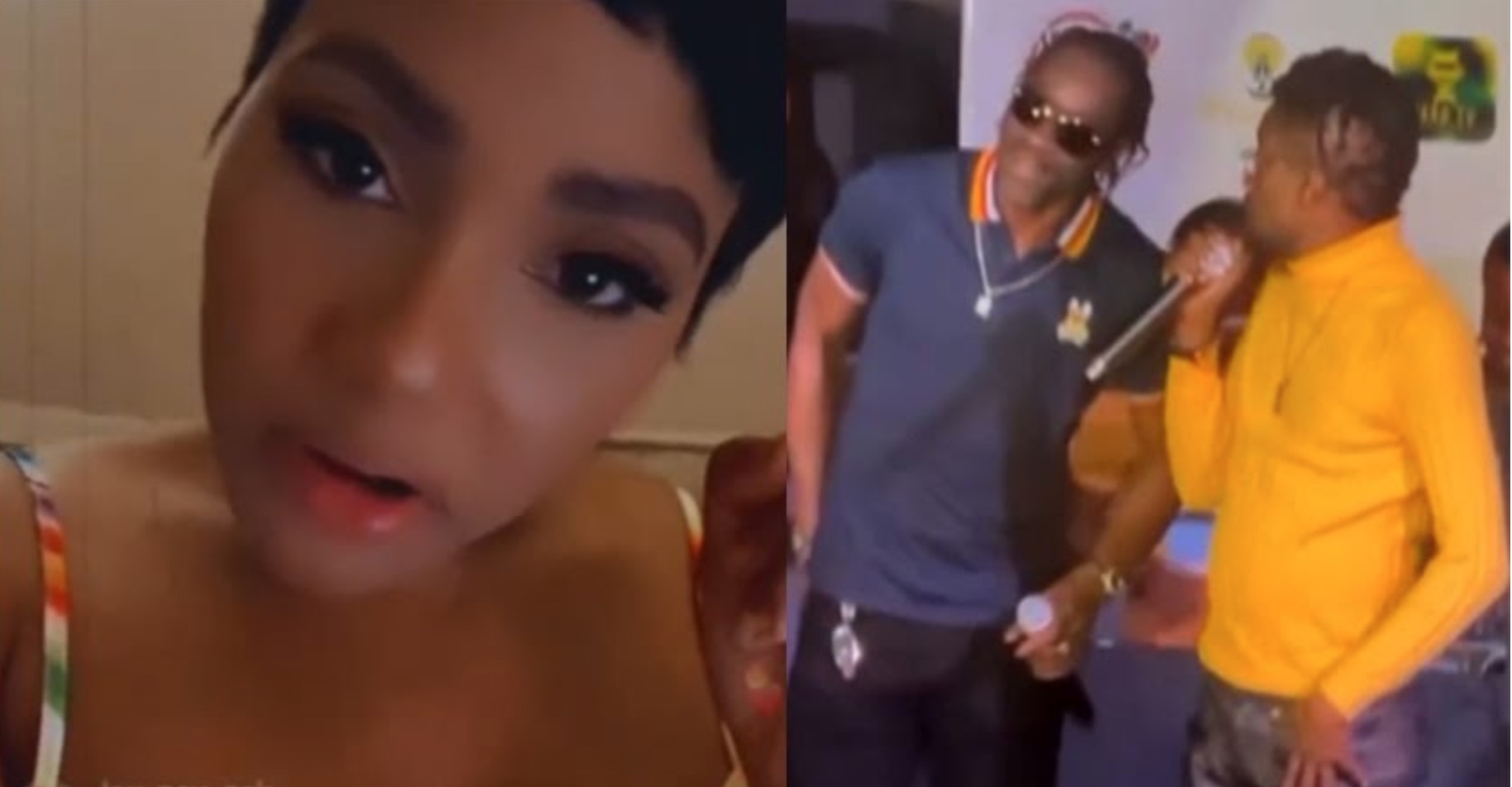 The feud between Ishawna and Bounty Killer continues to grow and now, Beenie Man has been added to the mix when they both took turns to hurl insults and bash the female entertainer while performing at Meca JA.

In a video clip circulating, Bounty Killer starts the performance by saying, “Beenie yuh know mi no clash wid gal but tro, sometimes the wrong thing is the right thing, sometimes being humble is hard”. He then proceeds to do a diss song aimed at Ishawna, whereby he recalled the events of her recent performance at Reggae Sumfest and warn her not to mix him in those kind of ‘freaky’ settings.

Beenie Man was seemingly amused by Killer’s comments, as he could be seen laughing and wrapping one of his arms around him. He then went on to take jabs at Ishawna also by commanding the crowd to complete his lines with the words, “she fi dead”.

After the performance, the “Equal Rights” artiste went Live to address both entertainers and in this, she dared them to go into the studio and voice a diss song aimed at her.

She also went on to say that they need to remember that the cardboard stunt she did was all for entertainment and it was done to bring some energy to the crowd that seemed bored.

Ishawna then proceeded to warn and remind both veterans of how disrespectful she can be and that they should expect the worse if they decide to sing a diss track for her. She also made mention of Merciless, a recently deceased Dancehall artiste who she says was the only one able to clash and win the two.

“Mi woulda love fi have this under my belt, tell dem fi go ina the studio nuh, I dare dem,” she said….