BREAKING NEWS
GMT-4 06:49
Home Black Global Ishawna Says She Had To Put Bounty’s “Likkle… Skin Up” Mouth To Use Plus Highlights Him Dissing Others – Interview – Watch Video 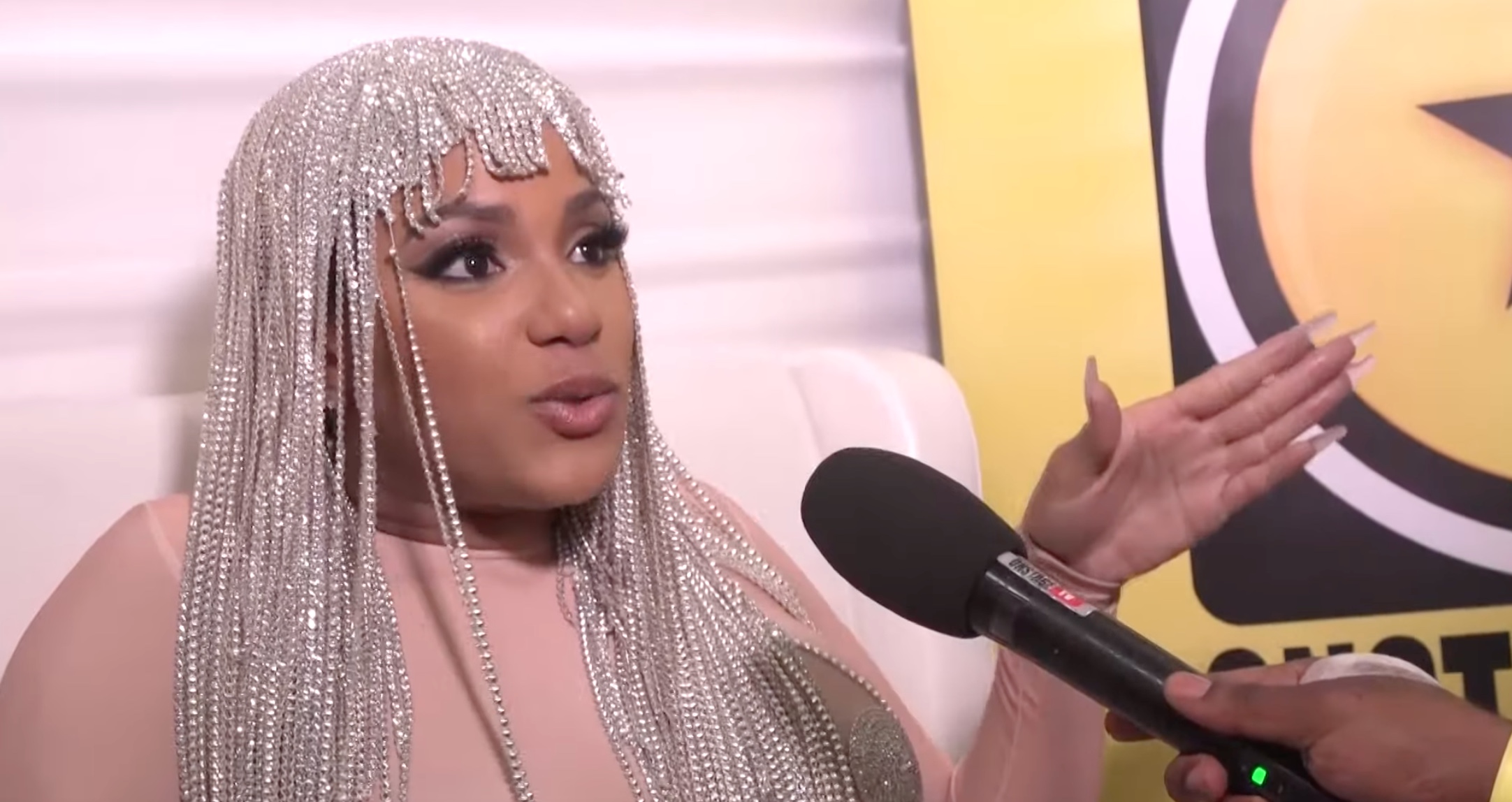 Dancehall entertainer Ishawna sparked a controversial debate in the media with her enactment of oral sex when she used a cardboard cut-out with the image of veteran artiste Bounty Killer for her performance at Reggae Sumfest.

After her performance, she stopped for a brief interview with Onstage TV where she spoke about the reason behind the stunt on stage. She stated that she did the unexpected when she unveiled the life-sized image of Bounty Killer and as intended, she said sitting on its face was the plan because she had to let out her frustrations seeing that she cannot meet him in real life.

“You know I had to sit on the cardboard face. It never did ago miss him, him did haffi get it, member me cya si him ina real life, haffi let out mi frustrations, hmmm. Him couldn’t, couldn’t miss it. Him did haffi get a piece. Yuh si dah likkle mouth deh weh skin up, it did have to put to use tonight,” Ishawna said while laughing.

She then tried to lighten the situation by turning to the camera and directing a message to the ‘Five Star General’, “You know I love you Killer. A so it go, entertainment right?”

Furthermore, Ishawna’s name has been a hot topic on social media where some people have classed her behaviour on stage as “disrespectful”. However, she is seemingly not backing down and is supporting her performance with the stance that it was just for entertainment.

On Instagram, she posted the caption, “It’s the audacity for me….google is free? #WelcomeToDancehall” with a YouTube search image that highlighted several entertainers in the music industry that Bounty Killer have “dissed”.

Tanya Stephens commented “The irony! The accuracy! ??”, as well as Mr. Vegas who chimed in to say, “Mi seh mi wah buy yuh a Benz!!!! You are the first to hurt the bully’s feelings! Just to let you know you are no Dancehall mattrass, you are no witch—You are a Queen! A Goddess! A warrior!!! Thanks on behalf of Clifford Smith, my kids, my mother, my friends!!!”.

Additionally, the “Equal Rights” entertainer shared another post, but this…