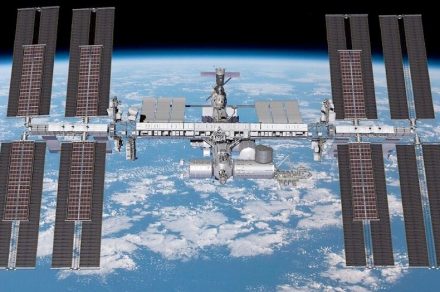 ISS gets crowded with 3 new astronauts taking crew to 10

The International Space Station (ISS) is currently a little more crowded than usual after three new crew members arrived at the facility on Wednesday, September 21, bringing the crew count to 10.

The new arrivals include NASA astronaut Frank Rubio and Roscosmos cosmonauts Sergey Prokopyev and Dmitri Petelin. The mission is Rubio’s first to space. The trio arrived aboard a Russian Soyuz spacecraft on Wednesday afternoon ET following the launch from the Baikonur Cosmodrome in Kazakhstan three-and-a-half hours earlier.

The usual crew count on the ISS is around six or seven, but it’ll stay at 10 until September 29 when a Soyuz spacecraft will return to Earth carrying Artemyev, Matveev, and Korsakov after lengthy stays aboard the space station.

NASA has described the orbital facility, which went into operation two decades ago, as “larger than a six-bedroom house,” with six sleeping quarters, three bathrooms, a gym, and a 360-degree-view bay window, so even with 10 people on board, it shouldn’t feel too cramped.

Plus, a crew of 10 isn’t the most the station has hosted at one time with the record currently standing at 13 crew members during a mission in 2009.

It’s currently a busy time for the ISS regarding crew rotation. Following today’s arrivals and next week’s departure, Hines, Lindgren, Watkins, and Cristoforetti will also return home at around the same time as four new crew members arrive aboard a SpaceX Dragon spacecraft in early-to-mid October.