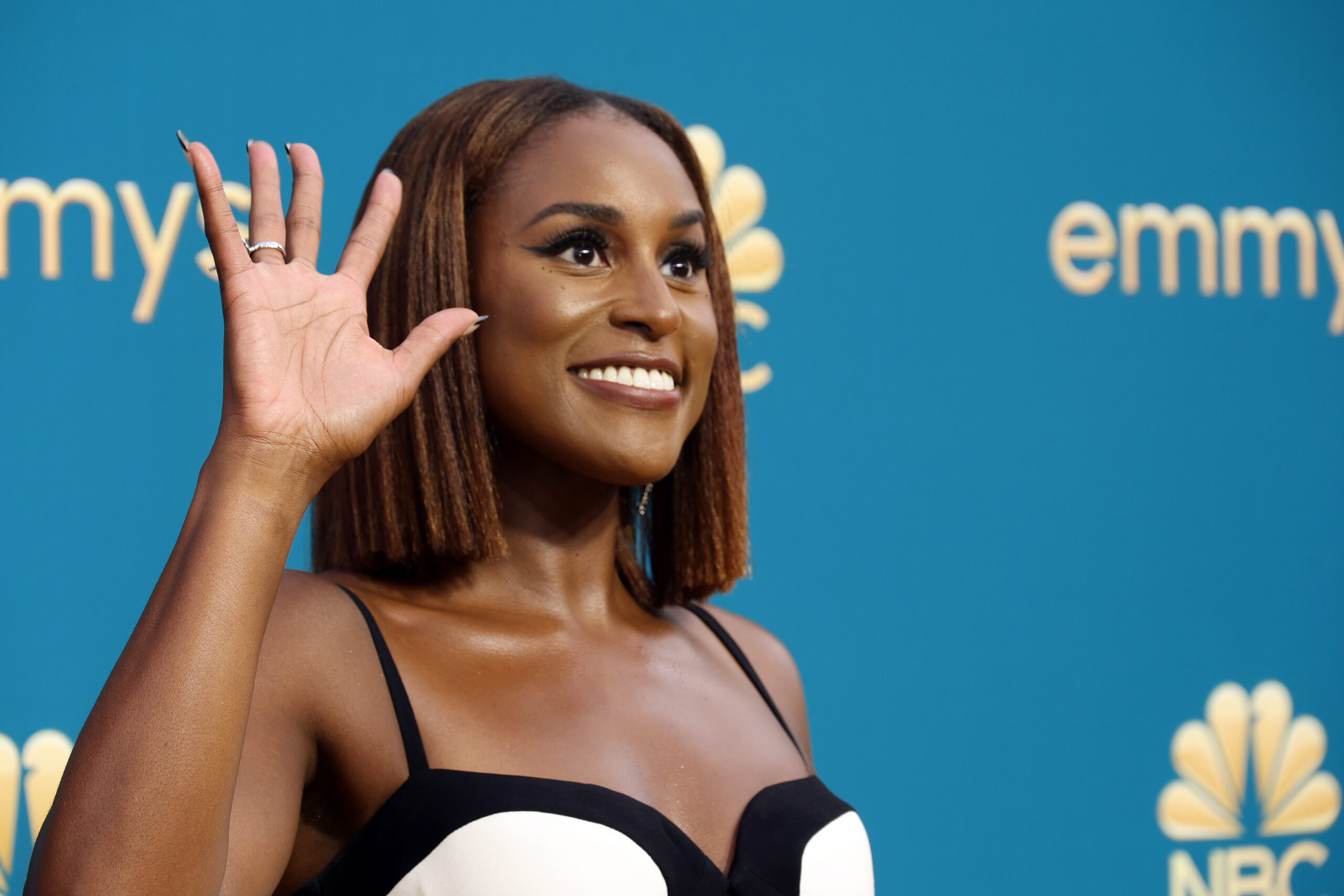 Between “The Misadventures of Awkward Black Girl” to “Insecure,” Issa Rae has portrayed evolving women with natural curly and kinky hair. The Emmy-nominated filmmaker talked about her hair journey in her memoir, “The Misadventures of Awkward Black Girl,” and relating to other characters such as popular ’90s characters like Freddie from “A Different World” and Synclaire from “Living Single.”

She opened up further about her natural hair journey during an interview for xoNecole. One of her signature hairstyles is an easy and versatile afro puff. “It represents me,” she told host Brooke Obie on the xoNecole’s podcast, “She Comes First.”

Isss describes her connection to her hair as a “tumultuous” love-hate relationship.

“I love my hair at the end of the day and I love how versatile it is. But for me it’s just an ongoing process. I just like ease and comfort and there are times where it doesn’t feel easy and comfortable,” she shared. “But I just love all that it can do. So it’s a genuine relationship. We have ups and downs.”

Issa regularly wore an afro puff on her Emmy-winning HBO series. When asked what she loved about her hair, the 37-year-old said she loves the softness and texture of her curl pattern. She went on to explain that her longtime stylist, Felicia Leatherwood, would sometimes change her hairstyle four times within two days while filming one episode.

“It was so fun to be able to do that. I hadn’t seen that length of hair, that texture, be featured on television from a lead before. And so, I do feel like we were able to change the game. And I feel honored that she was able to be a part of it and showcase what she does amazingly.”