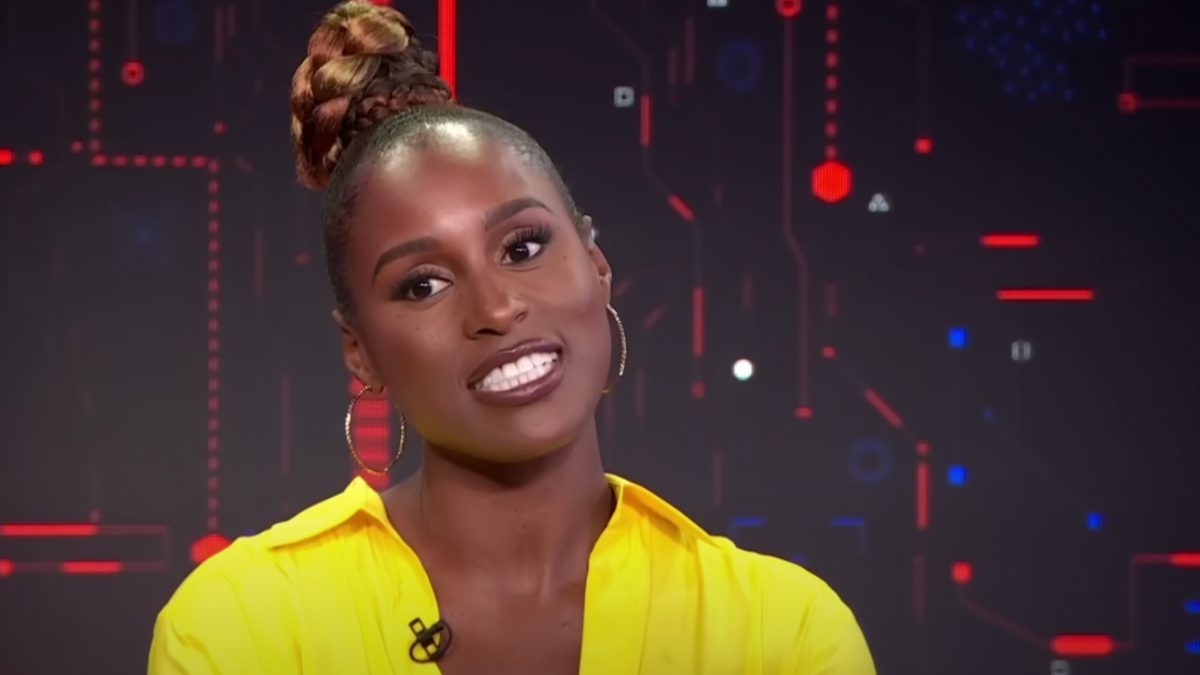 Issa Rae is all for the messiness and drama of a scripted series, but when it comes to real life she is steering clear of both.

Rae and a room of talented writers had Black Twitter and millions of viewers in a chokehold for five seasons of the hit show “Insecure.” The final season kicked off in October of last year with a bang and a host of criticisms. Fans took issue with show’s character Tiffany DuBois dressing in Alpha Kappa Alpha paraphernalia and colors.

While appearing on “Hell of a Week With Charlamagne tha God,” Rae participated in a game of Fact or Cap. The actress was tasked with clearing the air on various topics from her playful relationship with actress Regina Hall and why she chose to share her wedding photos as just a “photo shoot.” While the game was light-hearted and fun, things took a bit of a nose dive when she asked about one of her “Insecure” co-stars’ love life.

Early on in the season, there was a rumor circulating the internet that Jay Ellis may have been advised to not flaunt his then fiancée actress Nina Senicar. The “Top Gun: Maverick” actor has never hidden Senicar, but maintaining some semblance of privacy in that area of her personal life may have been misconstrued by fans reading into too deeply into privater matters.

Reading from a cue card, Charlamagne asked, “Fact or cap — oh, this is a good one — you told Jay Ellis, aka Lawrence, to tuck his love for his Nubian white queen so he doesn’t turn off his fan base. Fact or cap, Issa?” Taken aback by the question, Rae looked on with her mouth agape before finally smiling and shaking her head.

She eventually responded, “Why y’all do this? Why you so messy? Why this show messy …cap. Cap. No further comment.” Those commenting on the clip were divided in their reactions to the question.

“Luv how she dismisses Char on being messy. She is class personified,” commented another.