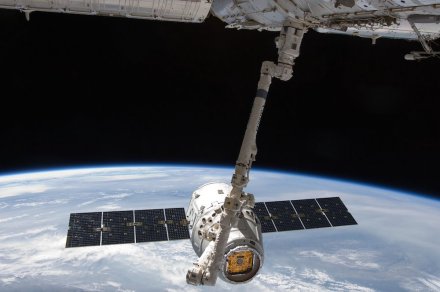 It’s been 10 years since SpaceX completed a key mission

SpaceX has clearly come a long way in the last decade.

Exactly 10 years ago on May 31, the company’s Cargo Dragon capsule splashed down in the Pacific Ocean off the coast of California, concluding SpaceX’s first mission to and from the International Space Station (ISS) and ushering in a new era of U.S. spaceflight.

In a high-profile flight that marked the first time a privately funded spacecraft docked with the ISS, the Cargo Dragon launched from Cape Canaveral in Florida on May 22, 2012, powered into orbit by SpaceX’s Falcon 9 rocket that has since become a key part of its orbital operations.

Three days later, on May 25, the space station’s Canadarm2 robotic arm successfully captured the Dragon before berthing it to the ISS a short while later.

Astronauts aboard the station were then able to enter the spacecraft to collect the the Dragon’s consignment of supplies. In doing so, they became the first humans to experience the inside of the capsule while in space. However, it would be another eight years before a more advanced version of the Dragon — the Crew Dragon — carried the first astronauts to and from the ISS in what was another trailblazing mission for SpaceX.

The Crew Dragon departed the ISS on May 31 for a successful return home a few hours later.

After fully assessing the mission from launch to splashdown, NASA certified SpaceX’s Falcon 9 and Dragon spaceflight system, paving the way for regular cargo delivery missions to the station under the space agency’s Commercial Resupply Services program.

Musk said at the time that the Dragon’s arrival at the space station marked a “great day for the country and the world,” adding in typically grandiose fashion that the mission had put humans on course to becoming a multi-planet species. That may still be a ways off, but the successful…