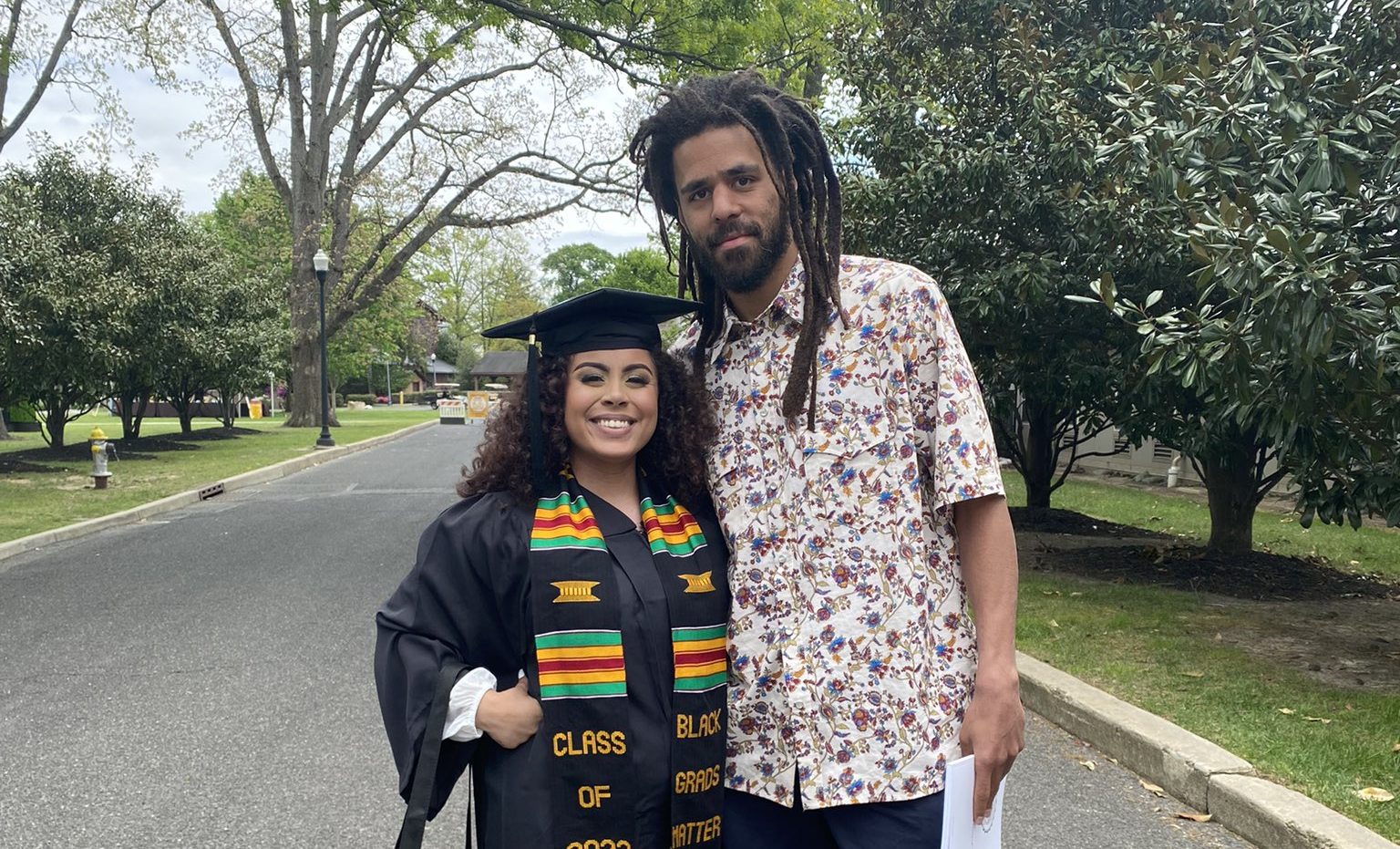 J. Cole proves he’s a man of his word. The “No Role Modelz” rapper made good on a 9-year-old promise that he made to a superfan when they first met in 2013.

Cierra Bosarge, first met Cole after she called her local radio station, desiring a birthday shoutout. According to Complex Cole wound up calling her three months later to invite her to meet in person, after he found out about her wishes.

During their meeting Bosarge gave him a letter detailing some of her struggles growing up and asked the Fayetteville native to come to her graduation since her parents couldn’t, due to them both being incarcerated. Cole wrote her back saying he would be there if she got into a four-year university.

“I read your letter twice now. you are so strong. i admire YOU. I will be at your graduation … only IF you get into a 4-year university. go!”

Cole kept his promise showing up to her high school graduation, but went a step further and showed up at her college graduation at Rowan University in New Jersey this week.