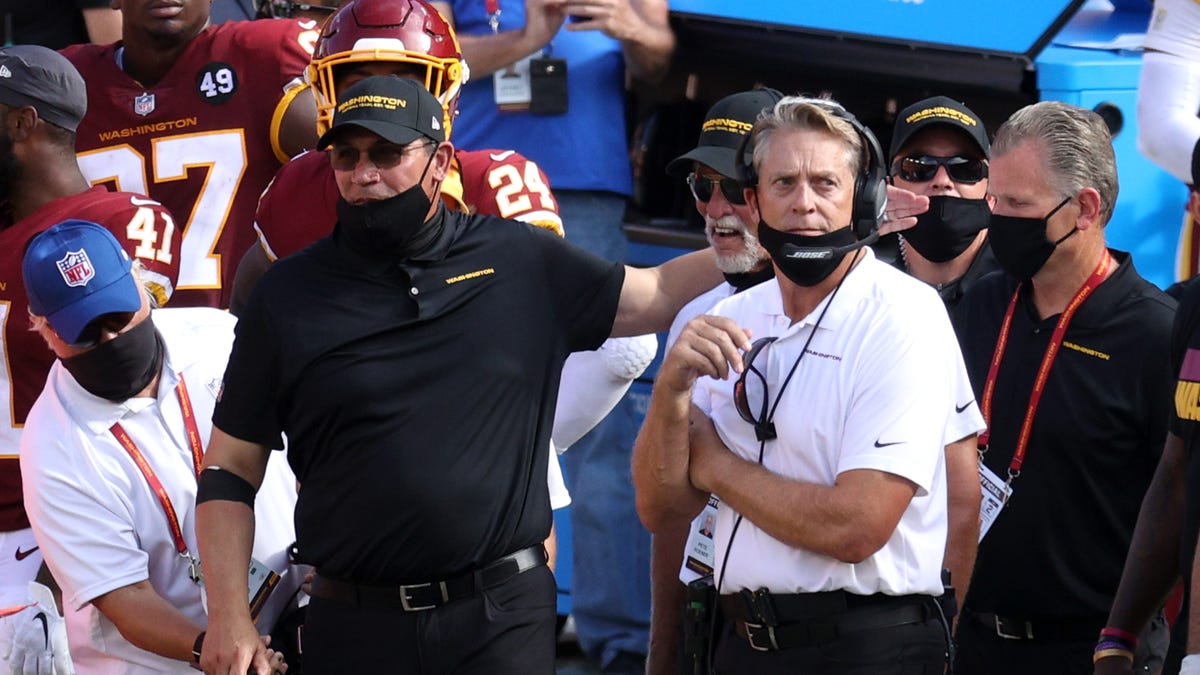 In an attempt to save what little face the Commanders franchise has left, head coach Ron Rivera has fined defensive coordinator Jack Del Rio $100,000 for telling the world that he thought the Jan. 6 insurrection was a “dustup” and tweeting that the government should be investigating the 2020 Black Lives Matter protests instead. Sure, you can scream freedom of speech all you want, but freedom of speech protects him from the government — not from a pissed off head coach who’s already probably exhausted dealing with one of the worst owners in the league and the shitshow he’s wrought on the Washington franchise.

Poor Ron Rivera. The guy’s already been through a lot, and 2022 is just not shaping up to be his year. Dan Snyder and Del Rio have made sure of that.

In Rivera’s statement, he expressed his disappointment in his defensive coordinator’s comments (which, by the way, Del Rio said were stated with “peace and love,” as though that just evens everything out in the end), and wrote that “his comments do not reflect the organization’s views and are extremely hurtful to our great community here in the DMV.” He added that the Jan. 6 attacks were “domestic terrorism.”

The money from the fine will be donated to the United States Capitol Police Memorial Fund, which supports the families of Capitol police officers killed in the line of duty as well as former officers who sustained serious injuries. Hundreds of police officers were injured during the riot at the Capitol last year, and several died as a result of their injuries. In the following months, four more died by suicide.

Del Rio issued an apology in which he “stood by [his] comments condemning violence in communities across the country” but wanted to let us know that he has always supported peaceful protest, a category into which he seems to think the events of Jan. 6 fall. However, he called his use of the word “dustup” an “irresponsible and negligent” statement, so I guess there’s that to hold…