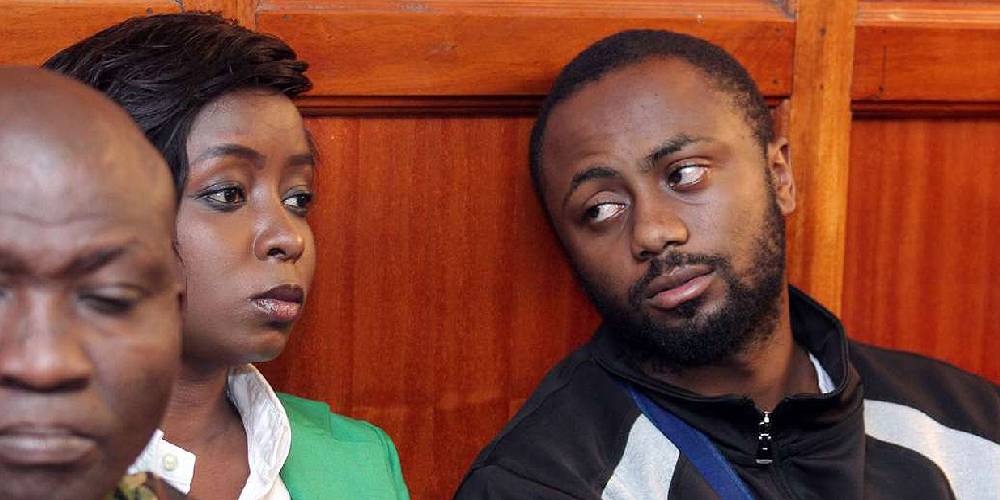 Joseph Irungu alias Jowie on Tuesday lost a bid to stop the prosecution from producing Jacque Maribe’s statement that implicates him in the murder case.

Jowie, through his lawyer Hassan Nandwa, had opposed the production of the statement that was written by Maribe in which she told the police that he (Jowie) shot himself in her house.

Nandwa said the statement was a confession and should be treated as such, meaning the confession statement should have followed the right procedure when it was being taken.

Chief inspector Maxwell Otieno had told court the statement he took from Maribe was the second she recorded with the police.

Maribe had initially recorded her first statement which corroborated with Jowie’s statement but on September 29 she voluntarily decided to change it thus the second statement.

In a short ruling, Justice Grace Nzioka allowed the prosecution to produce Maribe’s second statement, saying it would not be prejudicial to Jowie.

Judge Nzioka said the prosecution had confirmed the statement was not a confession by Maribe as had been claimed.

She further said the statement was written by Maribe and not Jowie, adding that a confession is made by the author themselves, which is not the case here.

“The law is clear of how a statement of a co-accused against the other is treated. Even if it were to be admitted, he will not be prejudiced as he will have an opportunity to cross examine it,” the judge ruled.

The court also said Maribe, who is the author of that statement, had not objected to the statement being produced.

Otieno, who is the last witness in the case, told court that Maribe wrote the second statement on her own volition and was never coerced.

Maribe, who was accompanied by her lawyer Katwa Kigen, is alleged to have opened up to Otieno, telling him that she wanted to change her statement and say what really happened.

In the statement, she changes her initial report where she said Jowie was shot by thugs but he shot himself inside their bedroom.