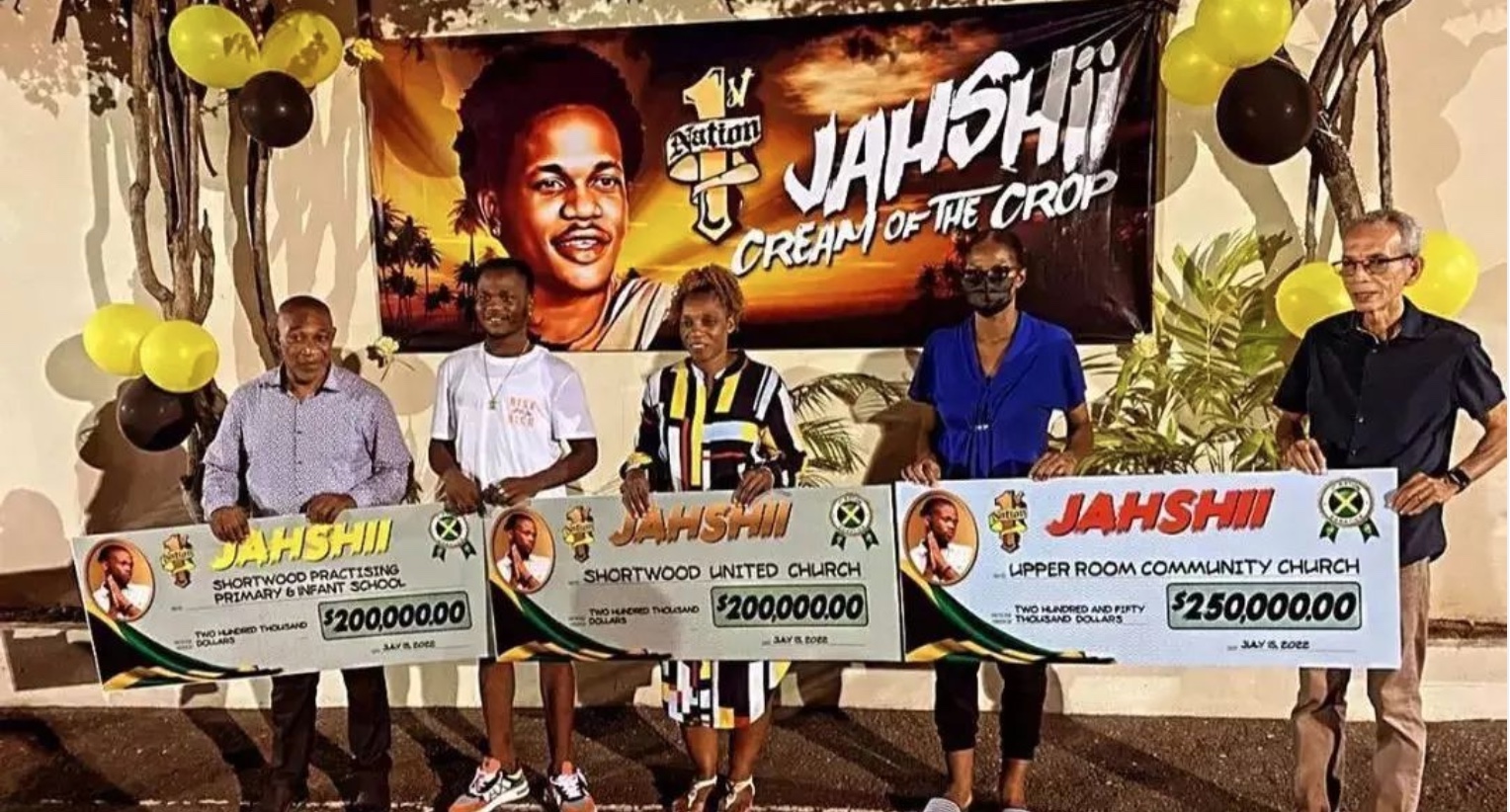 Dancehall entertainer Jahshii recently celebrated his 21st birthday and as an act of philanthropy, he donated all proceeds earned to various institutions within his community.

A total of $1.15 million was donated on Friday, July 15, to four institutions in the field of health and education that have been instrumental in Jahshii’s upbringing as a youth. These places have supported his journey and the monetary assistance provided was just a mere display of his utmost gratitude.

The awardees were the Edna Manley Health Centre which received $500,000 for purchasing sterilisation equipment and the Upper Room Community Church which got $250,000. Additionally, two of Jahshii’s former schools in his earlier years were presented with $200,000 each; Shortwood Basic School and the Shortwood Practising Primary and Infant school.

In handing over the funds, Jahshii thanked everyone who acknowledges his growth and has been supporting his music. He also made a promise that he plans to do greater acts in the future for the Grants Pen community.

Born Mluleki Tafari Clarke, popularly known as Jahshii, the fast-rising entertainer is currently signed to Herah Music Productions (HMP). His first breakthrough in Dancehall was in 2021 for his hit single “Cream of the Crop”. Since then, he has recorded top songs such as ‘Di Ting Mad’, ‘Born Fighter’, ‘Prosperity’ and ‘Keep Up’.

See the photo of the donation below: