BREAKING NEWS
GMT-4 02:27
Home Black Global Jalang’o Says Ex-Employees Who Stole His Money Struggling In The Village, Begging Him To Rehire Them 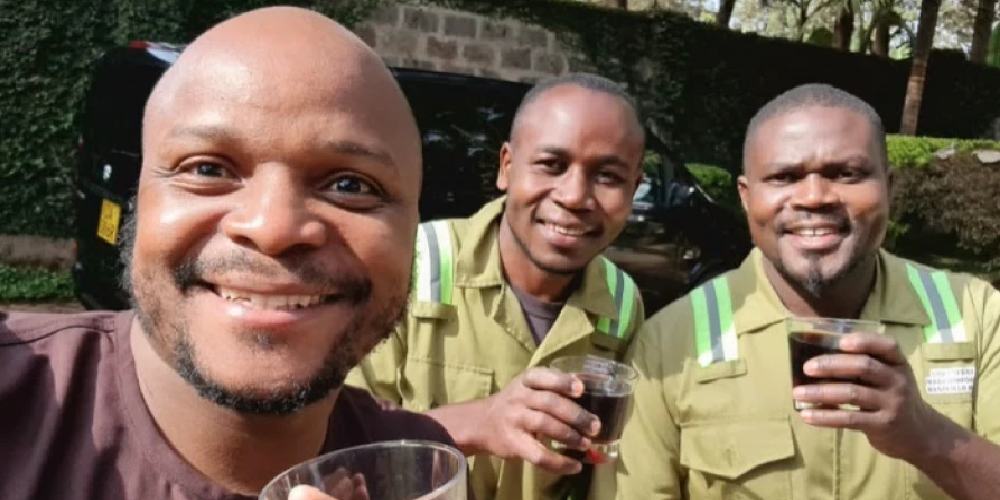 Jalang’o Says Ex-Employees Who Stole His Money Struggling In The Village, Begging Him To Rehire Them

Media personality-turned-politician Phelix Odiwour, popularly known as Jalang’o, has revealed that two of his former employees who allegedly stole from him before returning part of the money are now having a difficult time coping with life in the village and are constantly begging him to forgive and re-hire them.

Jalang’o said he was hurt by the actions of the two, Eli Omundu Khumundu and Morrison Litiema, considering the fact that he had trusted them so much.

He said that despite being saddened by what they’re presently going through, as they were forced to return to the village due to lack of employment, he’s conflicted about ever working with them again due to their betrayal.

He however said that, when they returned part of the money they had stolen from him, he made the decision to forgive them, and also relieved them of their duties.

“It hurts me so much what they’re going through…if you can check their Instagram, it hurts me so much if I can show you the messages they write. I forgave them, nikawaambia they can go on with their lives…wanataka kurudi job tena, if it were you, would you bring them back? Mtu mwenye ulimtoa chini kwa maisha mpaka penye amefika,” he said in an interview posted on his YouTube channel.

“You know they betrayed one of the biggest trust we ever had together…it hurts me so much that walipotea. Unajua shetani aliingililia vijana wangu bana, and they stole a lot of money from me.”

Jalang’o, during the interview, also shared a message written by one of the two former employees – Eli – pleading with him to forgive him and accept him back.

Part of the message read: