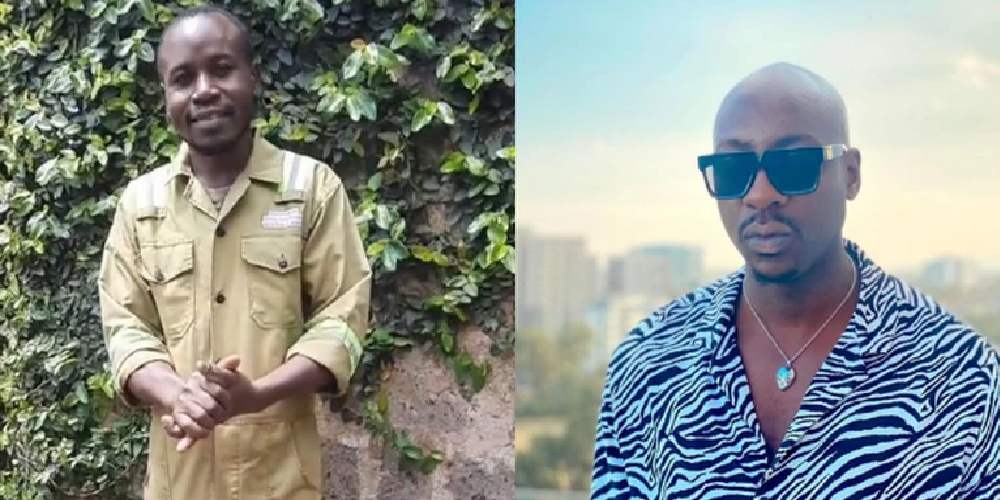 Comedian Jalango’s staffer Morrison Litiema has hit Sauti Sol member Bien Aime-Baraza with a complaint over the unauthorized use of his image.

Bien made a post online bearing a photo of Litiema who was seen lying on a bed in what seemed to be a small low-income living space and placed a sarcastic caption,

“I am unsubscribing Sauti Sol chilling in the crib”

Litiema said the use of the picture led to emotional torture as it revived memories of a place he would not want to go back to.

The aggrieved man added that the picture led to harsh criticism from people who accused him of not supporting local music yet he had not unsubscribed from any social channel of any Kenyan artiste.

“To my dear brother Bien Aime Soul it was out of order to use my image without my consent. The picture in use has made me suffer emotionally since it reminded me of a place had never wished to go back to.

“Have received negative criticism from different persons claiming that I don’t support localartistst, let it be known that have never unsubscribed or unfollowed your YouTube or any social media account. Therefore, I demand an apology over the incident that occurred,” he wrote.