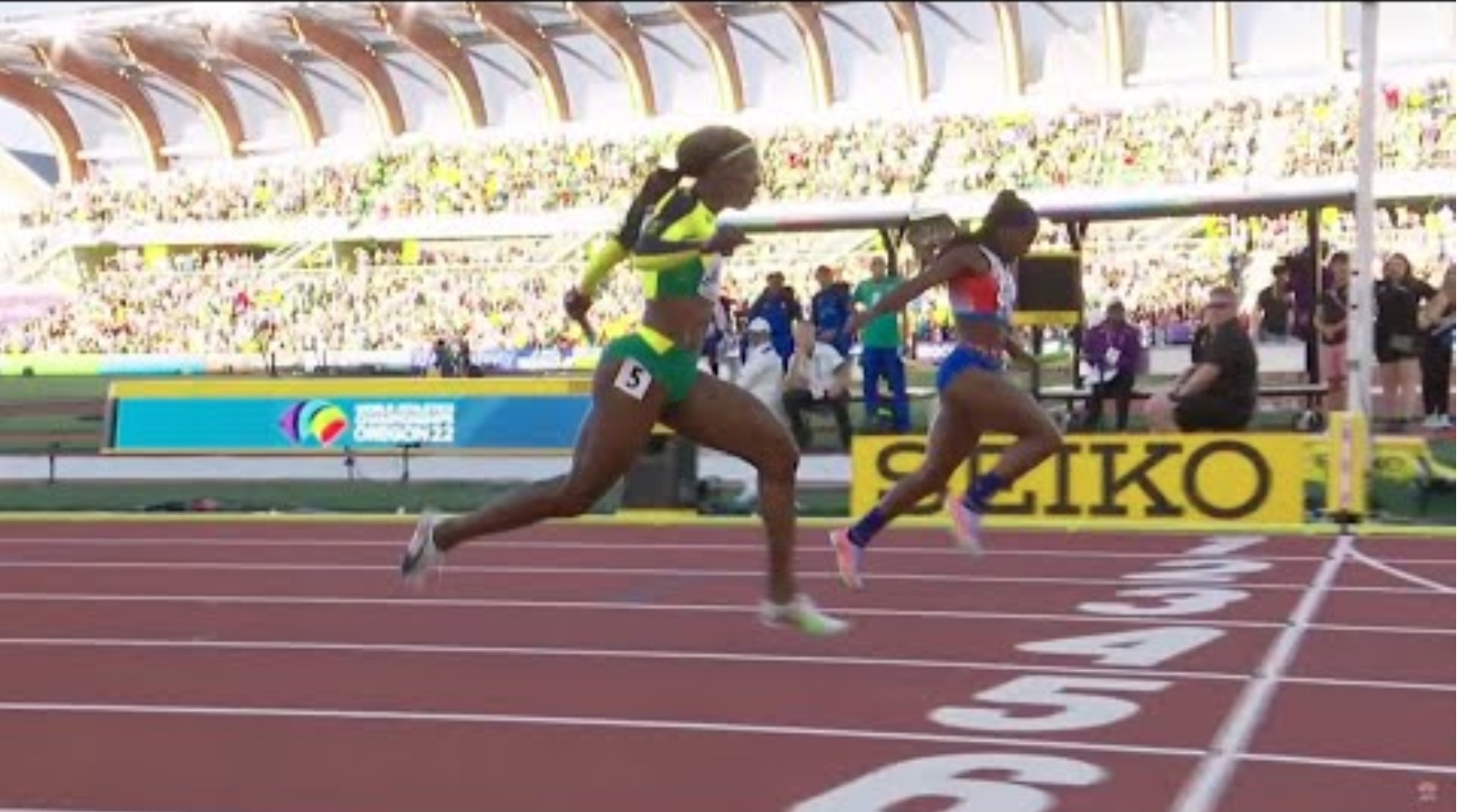 Team Jamaica secured a silver medal with a season’s best time of 41.18 seconds in the finals of the women’s 4x100m relay at the World Athletics Championships in Eugene, Oregon.

The Jamaican quartet was placed in Lane #5 and did an impressive run, but was defeated by Team USA who claimed the gold medal with a world-leading time of 41.14 seconds.

The baton exchange between the starter, Kemba Nelson and Elaine Thompson-Herah experienced a bit of difficulty, however, Shelly-Ann Fraser-Pryce was able to pick up the pace in the third leg.

Leading the team to a second-place finish was no other than Shericka Jackson, who is considered to be the fastest woman in the world and the second fastest in history over the 200m.

Nonetheless, Jamaica is still the reigning World Athletics Championships record holder in the women’s 4x100m relay event, after securing gold in 2015 with a time of 41.07 seconds.

See the results of the 4x100m women’s finals below:

Watch the race below: