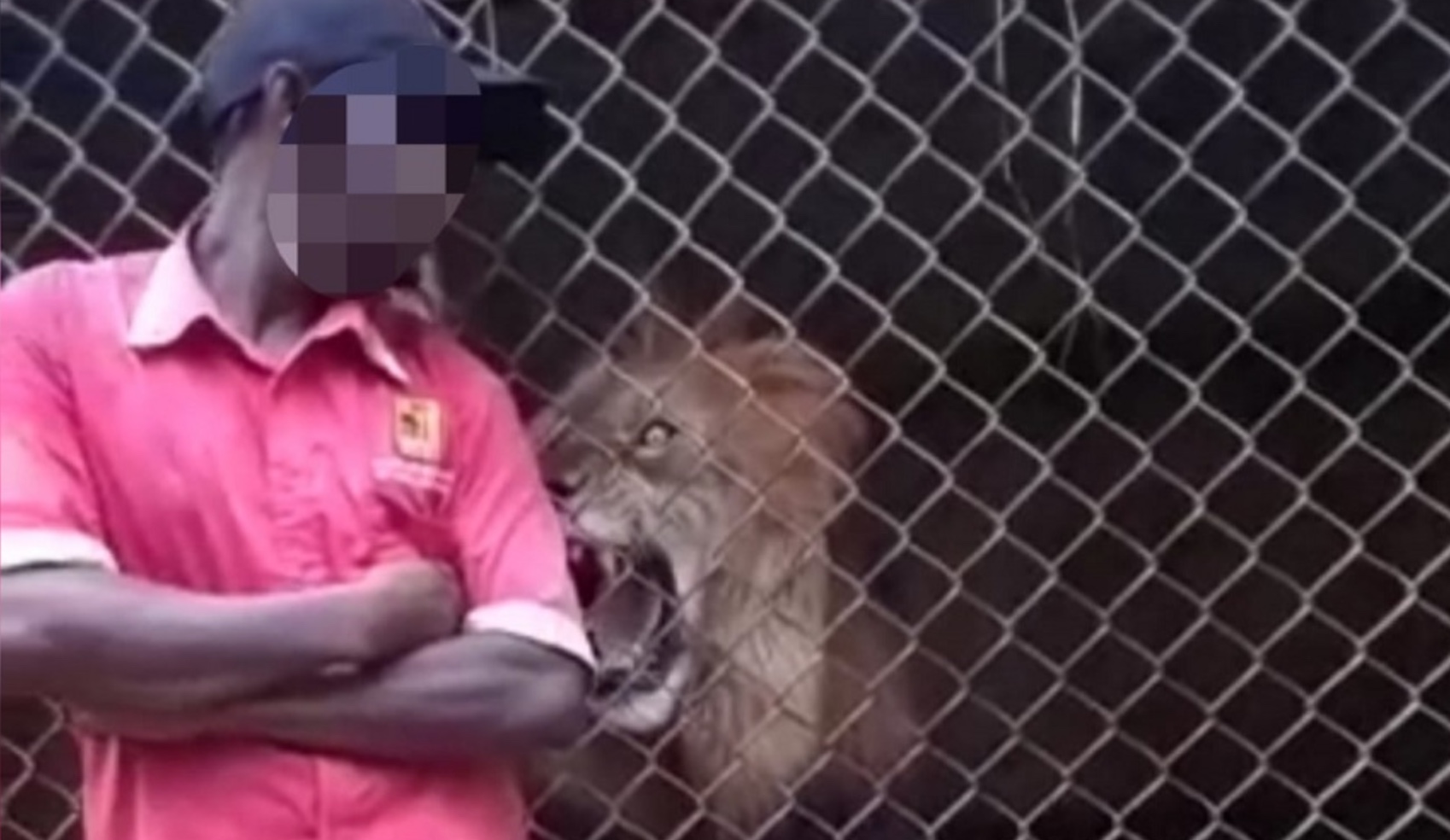 After a zoo attendant’s finger was bitten by a lion last Friday at Jamaica Zoo Attractions Limited in St Elizabeth, the organization underwent a thorough inspection on Monday by the National Environment and Planning Agency (NEPA), Veterinary Services Division (VDA) and the Jamaica Society for the Prevention of Cruelty to Animals (JSPCA).

Jamaica Zoo Attractions Limited released a statement that they will be completely cooperative with the regulatory authorities regarding the incident. The incident that went viral on social media over the weekend shows the attendant taunting the lion with his hand before the animal got hold of his finger. There was a vicious tug of war as he attempted to pull his finger from the lion’s mouth. It has been confirmed by the Jamaica Zoo Limited that the attendant is “receiving medical care” and “recovering” from the “relatively minor injuries”.

According to the release, the organization has had “two occasions where staff members have been updated and have received counselling” since the incident happened.

It is also reported that the investigation into the incident on May 23 is to ensure Jamaica Zoo Limited is operating within its licenses and permits, as well as to review its Emergency Protocols.

While stating that the organization “will take all necessary steps to ensure that our patrons and stakeholders are safe and enjoy wholesome experiences”. It is also reassured that animals at the zoo “are loved and properly taken care of” with their cages “properly maintained”.

In concluding Jamaica Zoo Limited said, “We will provide timely updates to the public in keeping with the advice and direction of the authorities and thank the wider public for their understandable interest in this matter.”

RELATED: Woman Banned From Zoo After Having 4 Year Relationship With Chimpanzee