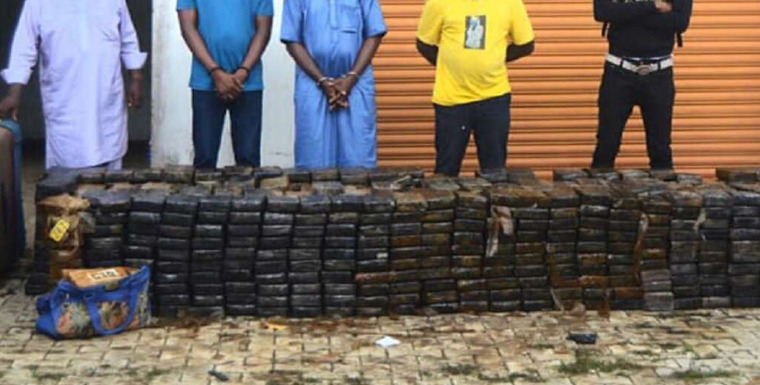 On Sunday, September 18, Nigeria’s anti-drug agency confiscated a record 1.8 tons of cocaine said to be valued at US$278 million. It was seized at a Lagos warehouse and was described yesterday to be the country’s largest cocaine bust ever documented.

The National Drug Law Enforcement Agency (NDLEA) stated that an individual depicted as a Jamaican, the warehouse manager, and three others were reportedly arrested in relation to the find. The suspects are allegedly a part of an international drug syndicate that the agency has been pursuing since back in 2018.

The NDLEA mentioned that the drugs were located in an unfrequented estate in the Ikorodu area of Lagos during the time that the cartel was trying to traffic them “to buyers in Europe, Asia and other parts of the world.”

In a statement published with a picture of the drugs and the suspects, the NDLEA revealed that the drugs were stored in 10 travel bags and 13 drums.

The seizure and arrests are now “a historical blow to the drug cartels” and should serve as a warning that all the members of the syndicate will be taken down if “they fail to realize that the game has changed,” said the agency.

Last year, the seizure of drugs in West Africa has been on a rise, which would demonstrate that traffickers had managed to make the continent a nucleus for their illicit products between Europe and South America.

RELATED: Different Drug Usage And Their Effects On Your Health

RELATED: WATCH: Trinidad Drug Lords Firing Shots At 2 Individuals As They Ran For Their Lives