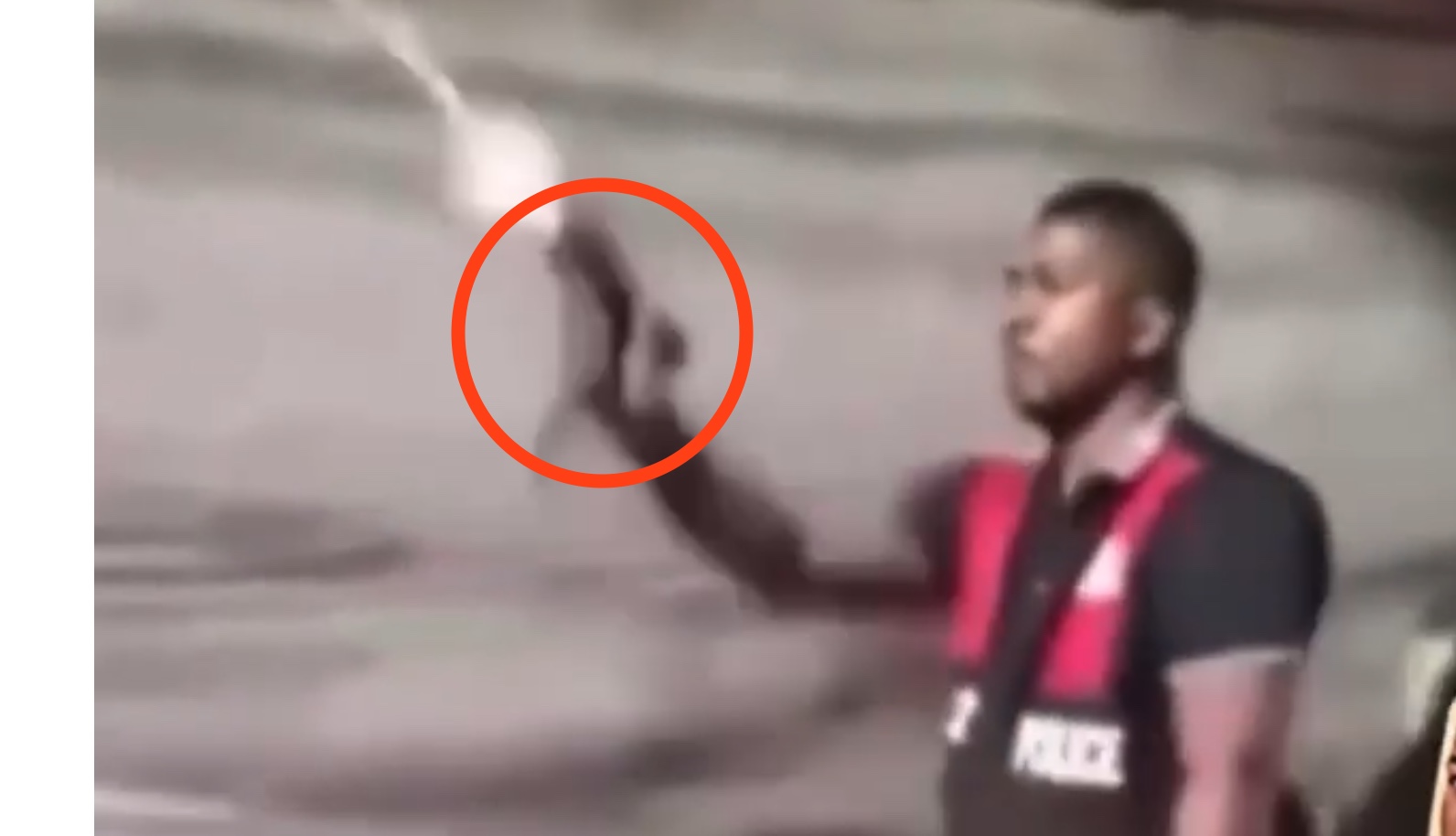 A policeman who was armed and alone got into a confrontation with an enraged civilian who stood his ground despite the several warning shots the police fired into the air.

In fact, the sight of the firearm and the explosions erupting from its muzzle seemed to have ignited more anger in the male civilian, who continued to approach the police with declarations that the officer would have to shoot him.

Standing close by and cautioning the man to stop arguing with the police, were a group of men, one of whom even pulled the angered male away. The group also spoke out against the police discharging his gun in the air, while the man continued to argue, hurling insults and obscenities at the officer.

While the location of the dispute that was videoed at night and the cause of the dispute have not been identified, the video shows that the group was on the roadside.

The man went on to call the police an idiot and thief as he continued saying that the police should not come there alone acting that way. Shortly after another male joined the argument, going at the officer.

The footage came to an end shortly after the police officer went on his phone and seemingly sent out a call.

Watch the video with the policeman vs the male civilian bellow.