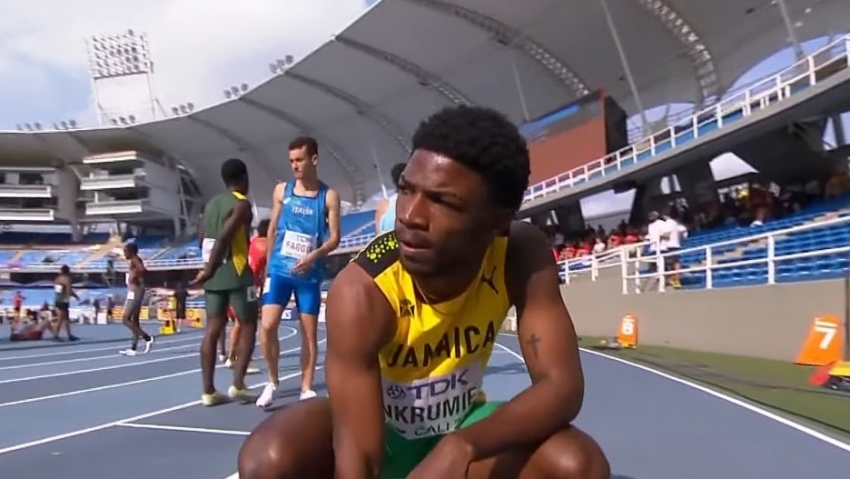 Jamaican track and field athlete Bouwahjgie Nkrumie broke the national junior record in the finals of the men’s 100 metres to secure a silver medal at the World Under-20 Championships at the Pascual Guerrero Olympic Stadium in Cali, Colombia on Tuesday.

Eighteen-year-old Nkrumie did a personal best of 10.02 seconds in the finals and just two hours before in the semi-finals, he ran a time of 10.11 seconds, which is equal to the national record that was set by Yohan Blake and Christopher Taylor in 2007 and 2018, respectively.

Defending champion Letsile Tebogo of Botswana won the race with a new World Under-20 record time of 9.91 seconds, followed by Nkrumie in 10.02 seconds. In third place, Benjamin Richardson of South Africa took home the bronze with a time of 10.12 seconds.