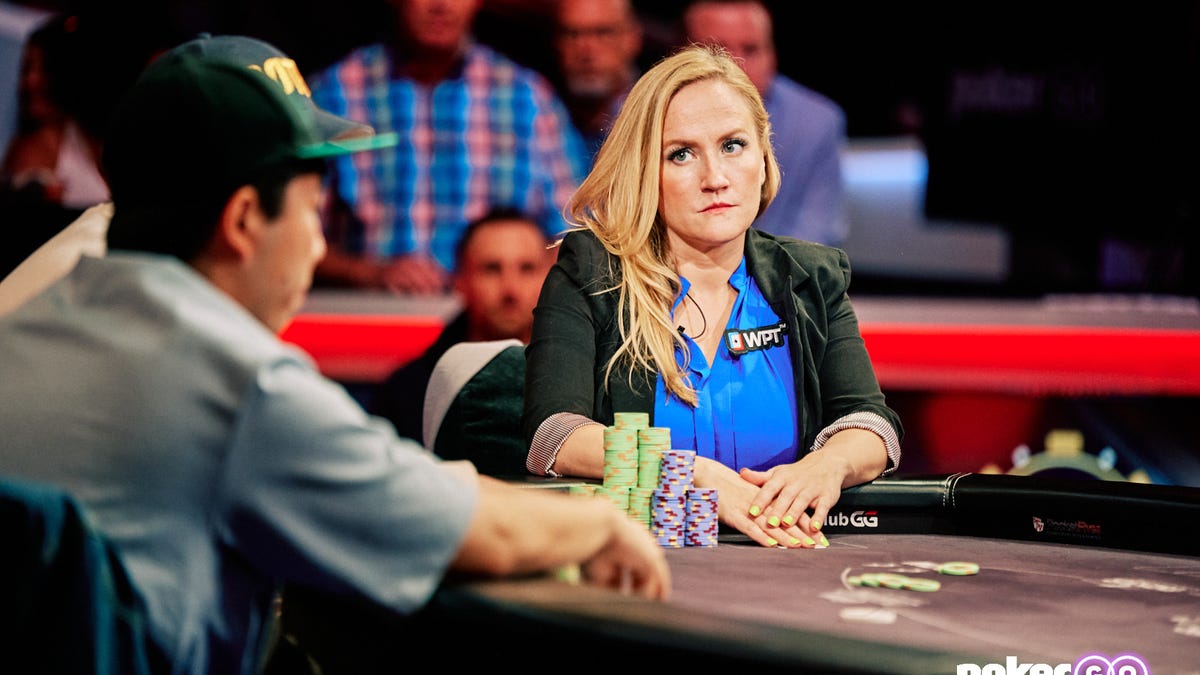 Jamie Kerstetter came so close to achieving her dream: To be the “worst player” with a WSOP bracelet. We kid of course, as she would.

The former lawyer-turned-poker-pro, commentator, and quick-witted queen of poker Twitter came in second, along with Corey Paggeot, in the tag-team event at the World Series of Poker on Wednesday night. The U.S. duo fell to Patrick Leonard of England and Espen Uhlen Jørstad of Norway, who took $148,067. It was the first bracelet for Jørstad as well as Leonard, a popular poker streamer often cited as the best tournament player without WSOP bling.

Coming in second in a poker tournament is always painful, especially when a coveted bracelet is on the line, but Kerstetter got over it quickly.

“I’m just really grateful for the run,” she told Deadspin. “We had such a good time the whole tourney. Losing to two people who really deserve bracelets makes getting so close hurt a lot less.”

Kerstetter and Paggeot came into the day with a large chip lead on the 5-handed table of the $1,000 event that drew 913 teams. The two took turns knocking out the rest of the table, with Kerstetter eliminating the team of Mackenzie Kraemer and Jon Schiller as well as Franco Spitale and Martin Pochat; Paggeot busted Yutaro Tsugaru and Taichi Ishikawa.

It’s the largest live score of Kerstetter’s career. While she’s overly modest about her playing ability while trading barbs with co-commentators Norman Chad and Lon MacEachern during WSOP broadcasts, Kerstetter is a longtime skilled online grinder who shipped her first circuit ring while playing on her phone in the ladies room at the Wynn in March. She also has over $700,000 in live tournament earnings, and the $91,513 score, or, dividing it in half, $45,756 is the biggest of her career.

Paggeot and Kerstetter had a commanding 6-1 chip lead as action got to heads up, but quickly lost two huge pots on “coolers,” Queen-Jack to King-Queen and Ace-Ten to Ace-Queen.