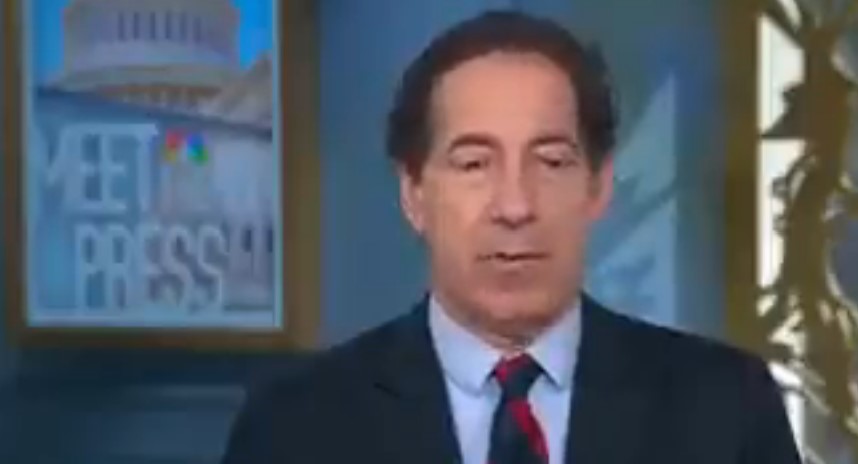 Rep. Jamie Raskin (D-MD) shot down the idea that Trump is entitled to special treatment under the law because he is a former president.

WATCH: Though some constitutions around the world do not subject former presidents to the rule of law, the U.S. Constitution does, Jan. 6 select committee member @RepRaskin (D-Md.) says.

“A former president in America is just a citizen.” pic.twitter.com/Pp5GhAOAOi

Are you more confident today than you were three months ago that the Justice Department is pretty focused on this January 6th investigation?

Well, absolutely. It’s become clear that the Department of Justice is going to be following all of these crimes and that nobody gets a special exception because they’re a former president of the United States. You know, there are constitutions around the world which say that a former president can’t be subject to the rule of law. Ours is not one of them. A former president in America is just a citizen.

Trump’s entire defense is that he is someone special who deserves different treatment from the average citizen. Trump believes that he is exempt from the law and that he still has presidential powers. Trump has unsuccessfully argued in court that he maintains executive privilege.

As Raskin was being interviewed, Trump was on social media claiming that he is so special that the entire government is conspiring against him.

Trump doesn’t have a credible legal defense, so he relies on the illusion of specialness to justify criminality.

Rep. Raskin pointed out that in the eyes of the law, Trump is not special. He is just another citizen who is in a lot of trouble.