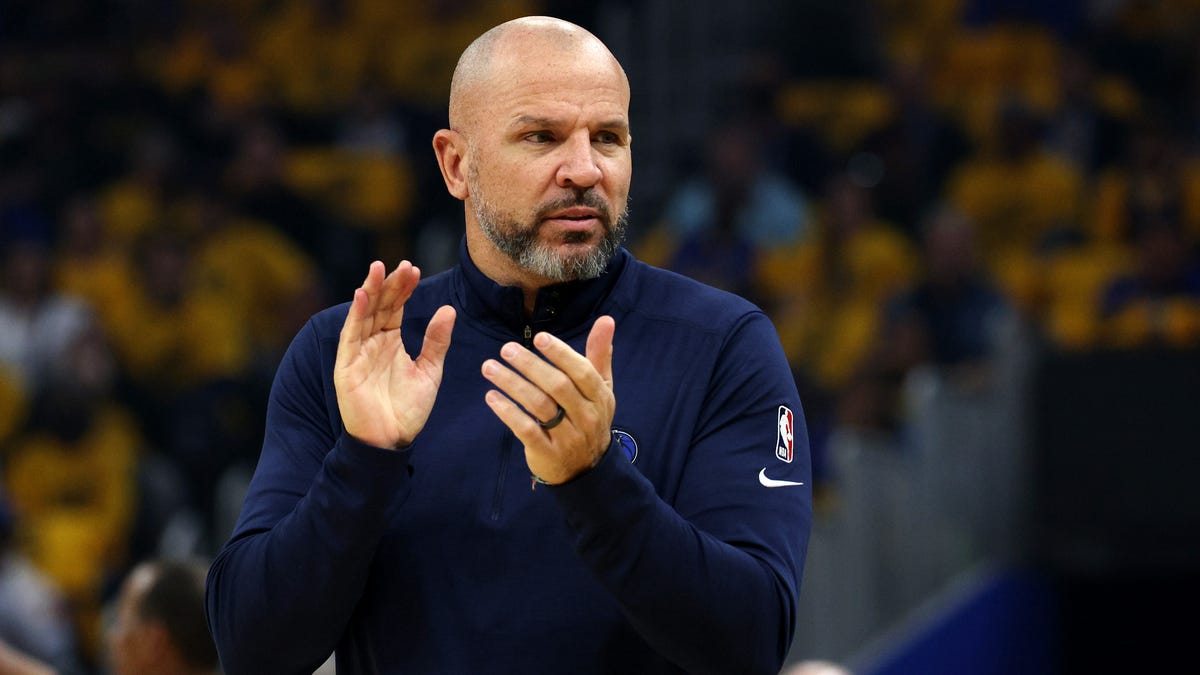 Posted By: adminon: May 23, 2022In: SportsNo Comments
Print Email

The Dallas Mavericks theme song should be Drake’s “In My Feelings” for the remainder of the playoffs. That is, because head coach Jason Kidd is all in his feelings over the team being (repeatedly) fined for bench violations. Kidd’s team has been hit three times by league authorities during this postseason, with each instance stemming from bench misconduct. But Kidd doesn’t see the issue and would rather blame “the media” instead.

The Mavs have been fined three times in two rounds of the playoffs for essentially the same thing. Their bench players and coaching staff are either standing for extended periods, getting too close to the court (and being on it), or affecting in-game action from the sideline. It’s clearly become a pattern. It’s always easier to point the finger rather than take responsibility for your team’s actions.

No other team has been fined during these playoffs besides the Mavs. They’ve been dinged once in the Western Conference Finals and twice during the semifinals against Phoenix. It’s one thing to make a mistake, but it is ridiculous to get popped for this type of thing so many times. Or at least it should be, you’d think.

These incidents shouldn’t overshadow the quality of Kidd’s work with this previously underachieving Mavs team, but the lack of accountability here can’t be overlooked. Deflecting blame and pointing his finger at others was one of the reasons for Kidd’s dismissal in Milwaukee a few years ago.

Kidd knows the game as much as anyone who ever played, but there’s more to coaching than just the X’s and O’s. Head coaches also manage players and personalities….