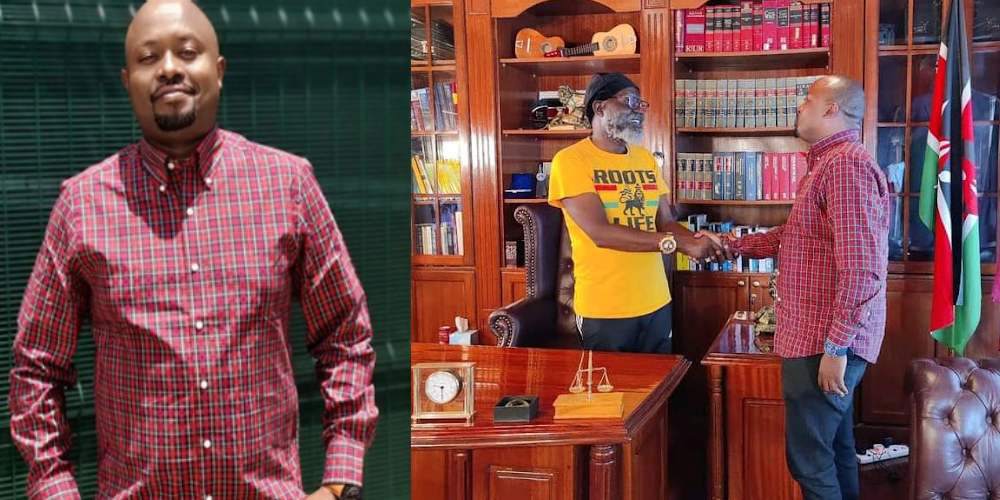 Jaymo Ule Msee was recently appointed as Wajackoyah’s and his Roots party’s Spokesman and Head of Media.

While accepting the appointment, Jaymo said it was a great honor to have such an opportunity to work with Wajockoyah.

The content creator thanked the party and all those who achieved this and assured them that he would work tirelessly to bring victory to the ‘Jackoyah’.

“It is with great humility that I accept the nomination for Roots Party & Head of Media. August 9. It’s time for our generation to make the right decisions.”

Following his appointment, many wondered how the two crossed paths and whether Jaymo had all it takes to work for a politician.

Speaking exclusively, Jaymo revealed that he has a degree in political science.

He further stated that what made him accept the job was that he and the Roots party share the same ideologies, something that made it an easy decision.

“The most important thing to note is that my ideologies are aligned to the ideas and ideologies and the vision of the party,” Jaymo said.

But has he ever thought he’d work with a politician?

“What I studied in school is political science and economics and that is my degree from the University of Nairobi. I have participated in many campaigns since I was on campus.”

Jaymo says he is much more aligned to politics and some of the campaigns he has participated in along the years include; ‘Vijana na Kibaki’.

He was also among the youths who campaigned for President Uhuru Kenyatta back in 2013 and 2017.

The funny man has assured his loyal fans he won’t stop entertaining them through content creation despite the new appointment.

“What we are trying to do in this country is to be in a phase where creatives can speak their mind. But you see right now many creatives can’t speak because they are constrained by the brands that they’ve gotten endorsements from.”

Jaymo says such creatives find themselves tied and cannot speak about the future of this country for fear of losing their endorsements.