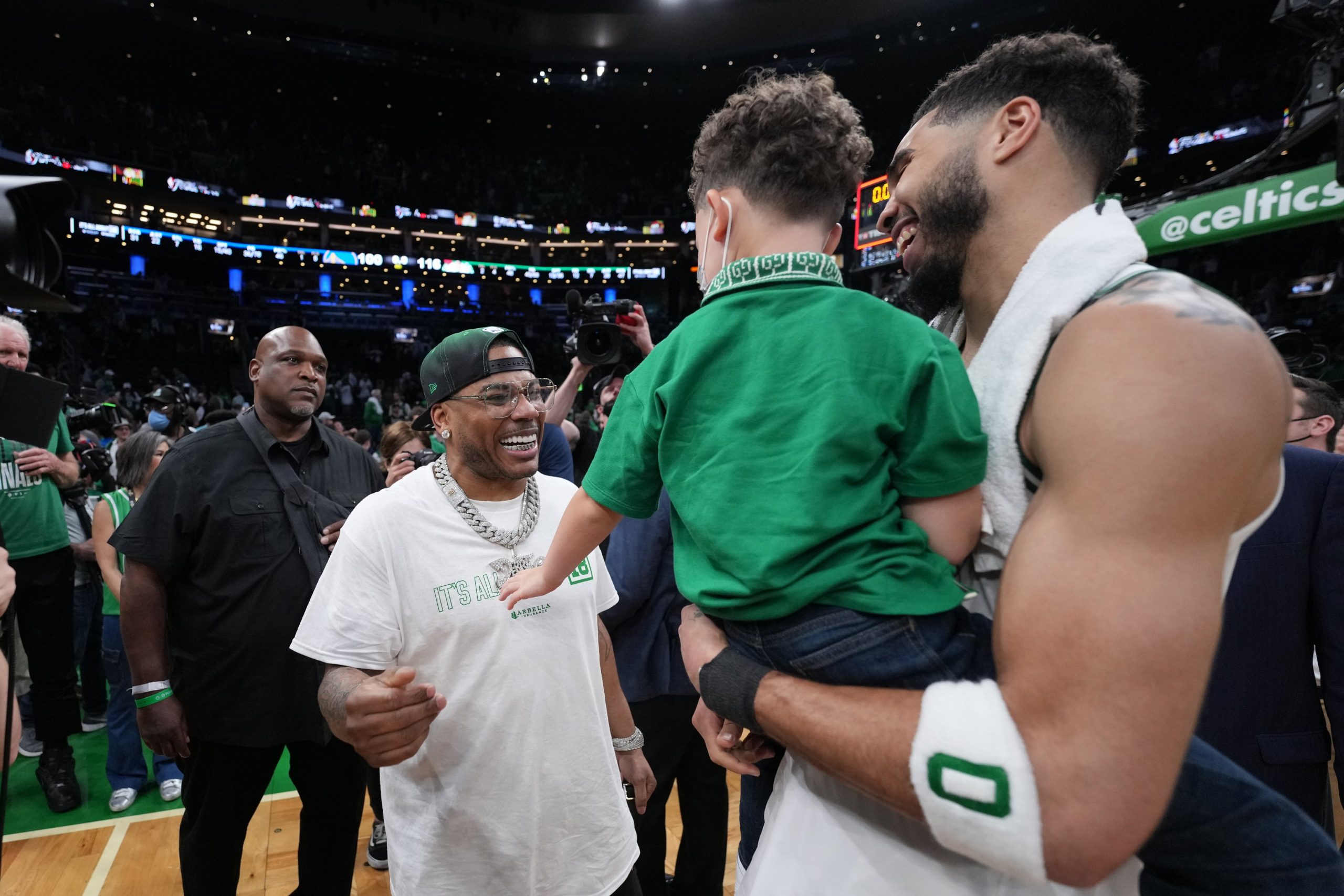 Two St.Louis finest performed well on the court last night in Boston’s TD Garden. Boston Celtics’ small forward, Jayson Tatum, a St. Louis native, led his team to a pivotal game 3 victory over the Golden State Warriors in the NBA Finals. And Nelly, an iconic rapper from St.Louis that helped pioneer the Midwest movement in hip-hop, entertained fans during halftime.

Tatum scored 26 points and dished out nine assists, and the Boston Celtics beat the Warriors 116-100. Stephen Curry led the way for the Warriors with 31 points, including six 3-pointers.

In the first half, the game wasn’t even close. Celtics guard Jaylen Brown scored 17-points in the first quarter and led Boston to a 68-56 lead into halftime. Then the 2nd St. Louis star shined, Nelly.

If Twitter serves as any indication, Nelly still got it. At the half, the three-time Grammy Award-winning and double diamond certificated artists took canter court to do the halftime show. He wore his fellow STL native’s Boston green jersey and dazzled the crowd. Fans were on their feet as he performed several classic hits.

After the game, the two St.Lunatics met and happily embraced each other’s company. Fresh off the win, Tatum enthusiastically grabbed his son, Deuce Tatum, and went to chop it up with Nelly immediately after.

Who knows what the two conversed about, but they couldn’t hide their excitement of being two St.Louis natives achieving major goals on the main stage.

Tatum left the court to change for the press conference, and he spoke on the relationship he shares with the “Country Grammar” rapper.

“That’s my guy. I’ve known Nelly forever… Nelly is arguably like the most famous guy from St. Louis… until I catch up,” said Tatum.