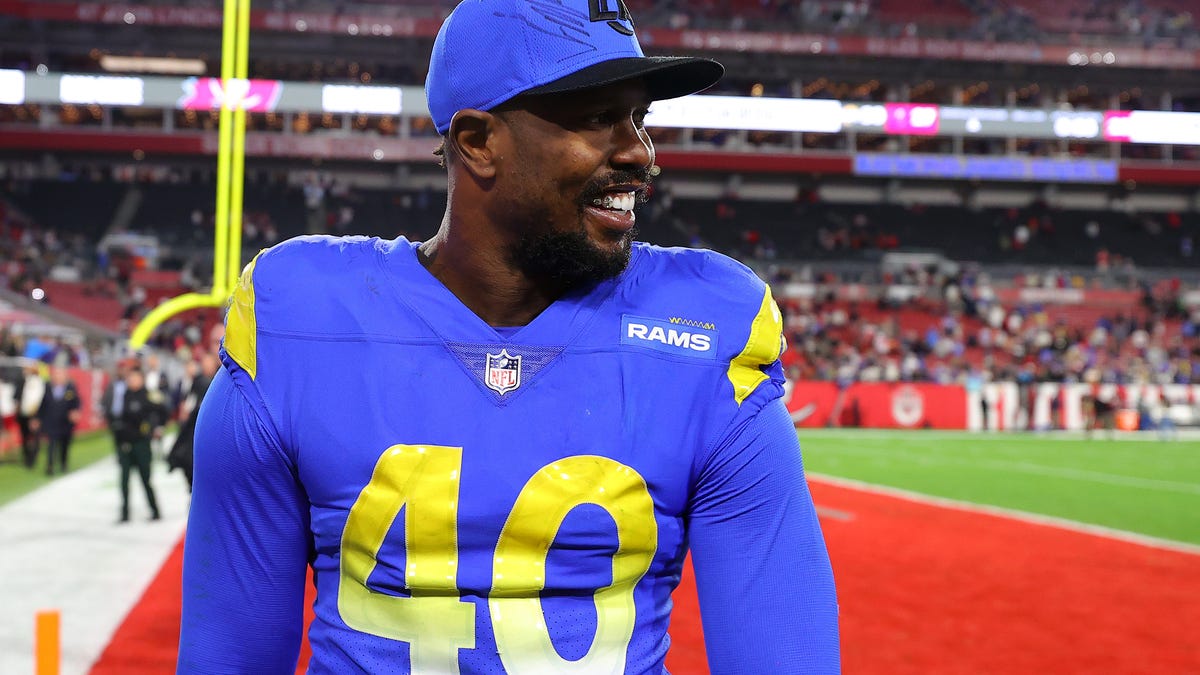 We’ve heard for years now about how Jerry Jones would do anything to get one more Super Bowl win for his beloved Dallas Cowboys. But the further we get from the team’s last championship (1995-96 season), that feels less and less like reality. Jones had the opportunity during the offseason to sign Dallas native Von Miller.

Miller eventually signed a six-year, $120 million contract with the Buffalo Bills, but not before reaching out to former Denver Broncos teammate (and one-time Dallas Cowboy) DeMarcus Ware. Miller was interested in going home to play in Dallas and wearing the iconic star on his helmet. It would have taken quite a bit of maneuvering under the salary cap, but you’ve got to go for it if you want to win.

“I remember when Von called me, he said, ‘Hey is Dallas interested? I’m a free agent.” Ware said. “And I said, ‘What?! You’re a free agent, what do you mean you’re a free agent? I thought you had one more year?’ He was like, ‘No I’m done [with the Rams], bro.’ He said ‘Call Jerry [Jones] and them and see what they want to do.’ I said ‘Are you trying to get them to empty the bank account? What you trying to do?”

“He said, ‘I’m trying to come back home, hopefully I can do that,”’ Ware added. “I don’t know if [Cowboys] talked or not. But I threw it out there for [Jerry Jones] and Buffalo probably picked up the news, ‘Hey wait a minute, this is what we need on the defense.’ And he cashed in.”

Once again, Jerry drops the ball on bringing in a big-time defensive player. This account by Ware of his conversation with Miller makes it sound like Von was very serious about playing for Dallas. Bobby Wagner was also close to being a Cowboy and had talks with the team during free agency but wound up in Los Angeles with the Rams. No one expected Dallas to sign Miller and Wagner, but they could’ve gone all-in on either, and everyone in Dallas would have been pleased.

Jones also mucked up the Randy Gregory deal this offseason. He landed in Denver. Signing Miller to play alongside Micah Parsons and DeMarcus Lawrence could have…