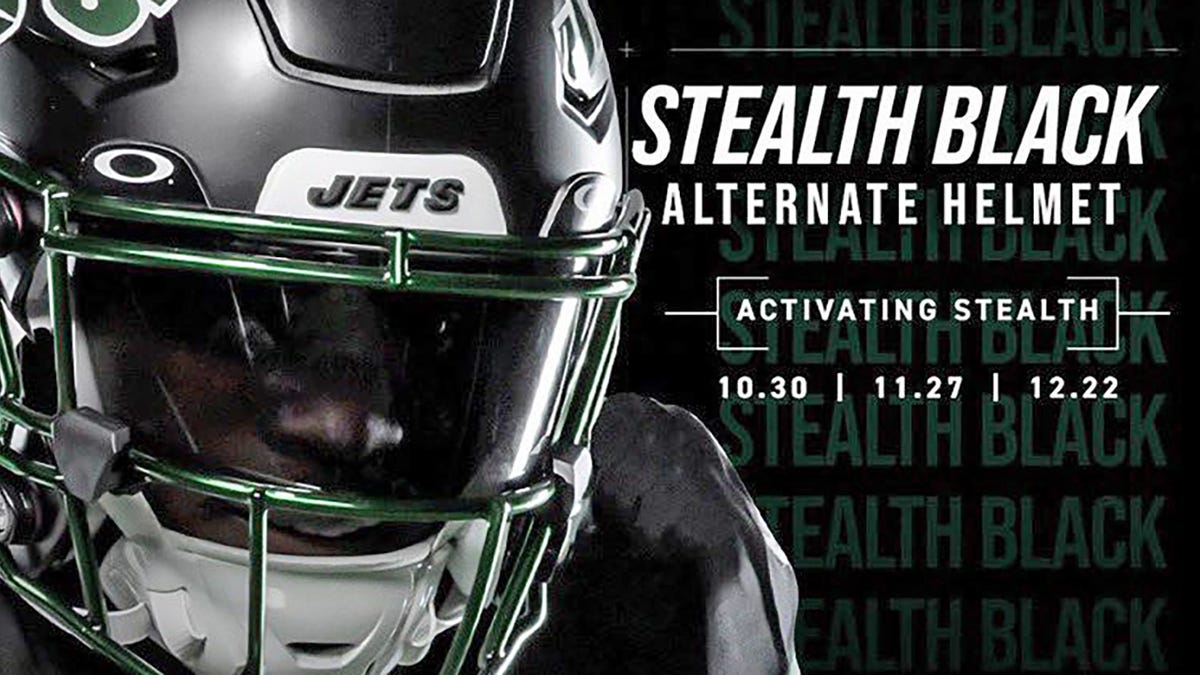 Jets, Eagles and Bengals and their alternate helmets

Black helmets, no matter what dumbass twist you put on them, aren’t alternates. It makes sense for the Carolina Panthers because their mascot is a black panther. The Jets and Eagles, however, have no reason other than merch sales to don the black.

Oh, excuse me, the angle is they’re stealth like a stealth bomber. Got it. Well there are any number of cool jets that could serve as a starting point, and would probably sell better, too. Just a couple ideas off the top. The Blue Angels have been putting on gorgeous aerial displays for decades, and their blue and yellow color scheme would look dope.

How about the shark face that pilots painted on the noses of their Curtiss P-40 Warhawks in World War II? It’s certainly badass. The creativity box is checked. And the history goes without saying.

The Lockheed SR-71 Blackbird is an actual stealth jet, so even that’s a better line of marketing bullshit than stealth activation or whatever the fuck. (That particular plane also was the inspiration for the X-Men jet, which is very cool.)

The Bengals went white, and you could call that a similar copout, but white tigers actually exist. Even though black eagles are a thing, their wings aren’t white. This is what a proper alternate looks like:

C’mon, New York, throwbacks and black? There’s no clause that says your uniforms have to be as drab as your play-calling.