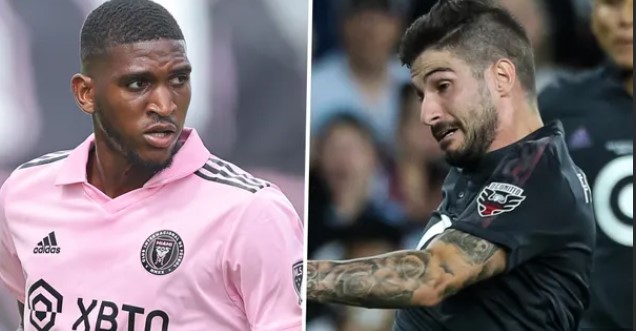 The Jamaica Football Federation (JFF) stands in full support of Damion Lowe, a Jamaican Inter Miami defender who claims to be a victim of racism during a match on Sunday against D.C. United.

Lowe has accused Taxi Fountas, a midfielder of the opposing team of hurling the racial slur, the “N” word at him when they got into an argument in the second half of the football game. Both players reportedly were given a yellow card and Fountas was removed from the game after coach Neville of Inter Miami spoke with D.C. United coach, Wayne Rooney.

However, Fountas has since issued a statement denouncing the allegations, stating that he is being falsely accused.

“That despicable racial slur is one I denounce and did not use. We had a hot discussion on the field, but I have not racially abused anyone. I firmly reject racism in any form, it is despicable. I have many friends from many cultures. I always respect the culture, religion and skin color of each person, I am therefore very upset by this accusation and saddened to be falsely accused,” the statement read.

Meanwhile, the JFF issued a statement affirming its stance on the matter and confirmed its position to stand in solidarity with the claims made by the Jamaican footballer.

“The Jamaica Football Federation stands in full support of national player Damion Lowe after reports he was addressed with a racist slur in a game on Sunday evening. The JFF strongly condemns and abhors racism in any form, whether on or off the field and we stand ready to give whatever support is necessary to Damion,” the post shared on Instagram read.

The Major League Soccer (MLS) is currently investigating the incident.

See the post shared by the Jamaica Football Federation (JFF) below:

RELATED: Trouble In The JFF Camp!