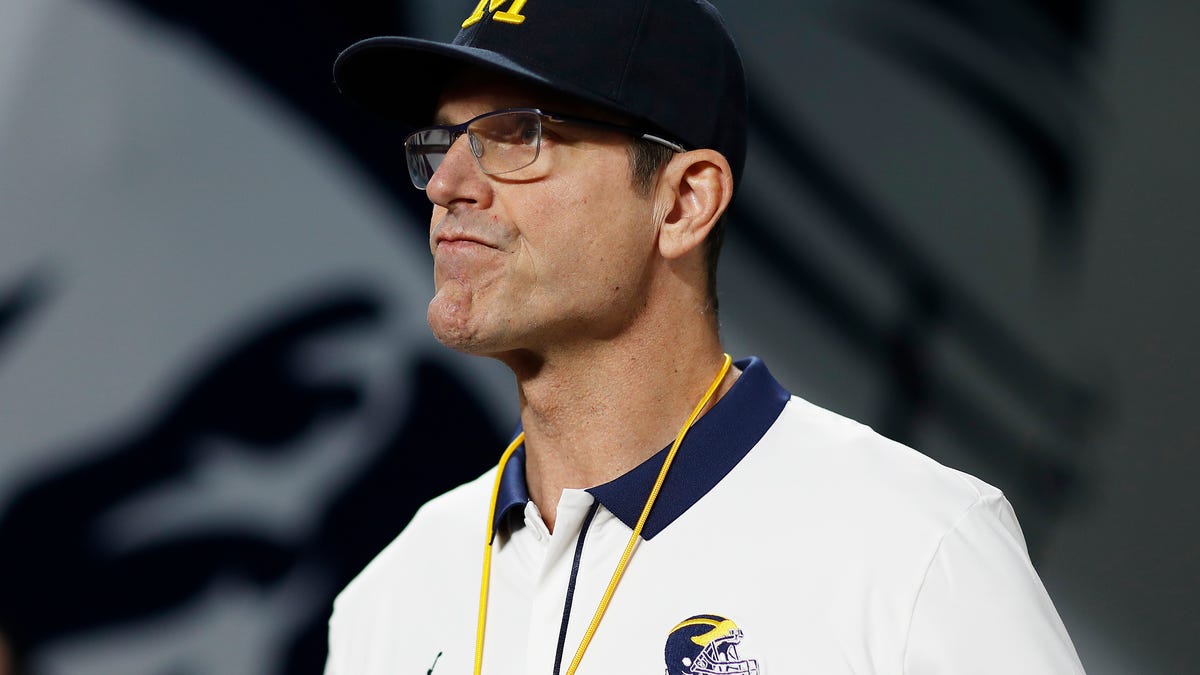 We’ve got some rare raw footage here, folks. Amongst rumors of California schools encroaching on his conference and a near-bottom-of-the B1G 2023 signing class, Michigan head football coach Jim Harbaugh is taking some presumably much-needed family time. But while he might be off the clock, his daughter Grace, an incoming senior on the Michigan water polo team, is painstakingly documenting the many iterations of Harbaugh on vacation to a loyal TikTok audience.

To start, we got Airport Jim two days ago. To the tune of Top Gun-famous “Danger Zone,” Grace captured videos of the seven-year Wolverines coach “preparing the mind and body before takeoff” while eating corn on the cob at the airport and hauling luggage around. During a reported 11-hour layover, his daughter got shots of Jim striking classic dad-at-the-airport poses at the airline help desk and organizing the family passports, and taking a nap on the floor. (Harbaugh: he’s just like us! Or at least — just like our dads!)

The Harbaugh family finally reached their destination, unlocking Vacation Jim: a much more relaxed guy than Airport Jim, who laughs, reads books (Fielding Yost: A Legacy was his literary material of choice, naturally), and swims in a t-shirt.

Versions of Vacation Jim, per Grace’s TikTok, include Dinner Jim and Excursion Jim. Accompanied by seven kids from two marriages, Harbaugh has the youngest ones race each other, and, shockingly, takes off the uniform of a navy Michigan logo polo shirt (I mean, come on, it feels like he’s begging to be recognized in that thing). Shockingly, he’s not once seen in khakis. I guess Vacation Jim is someone none of us really know.

Several of her videos have over 1.6 million views on the app, and others are in the 500,000-view zone. The people are living for the Jim content — what else can I say? If you want to watch, her account is @graceharbaugh. If you don’t have the app, this one might make the download finally worth it.