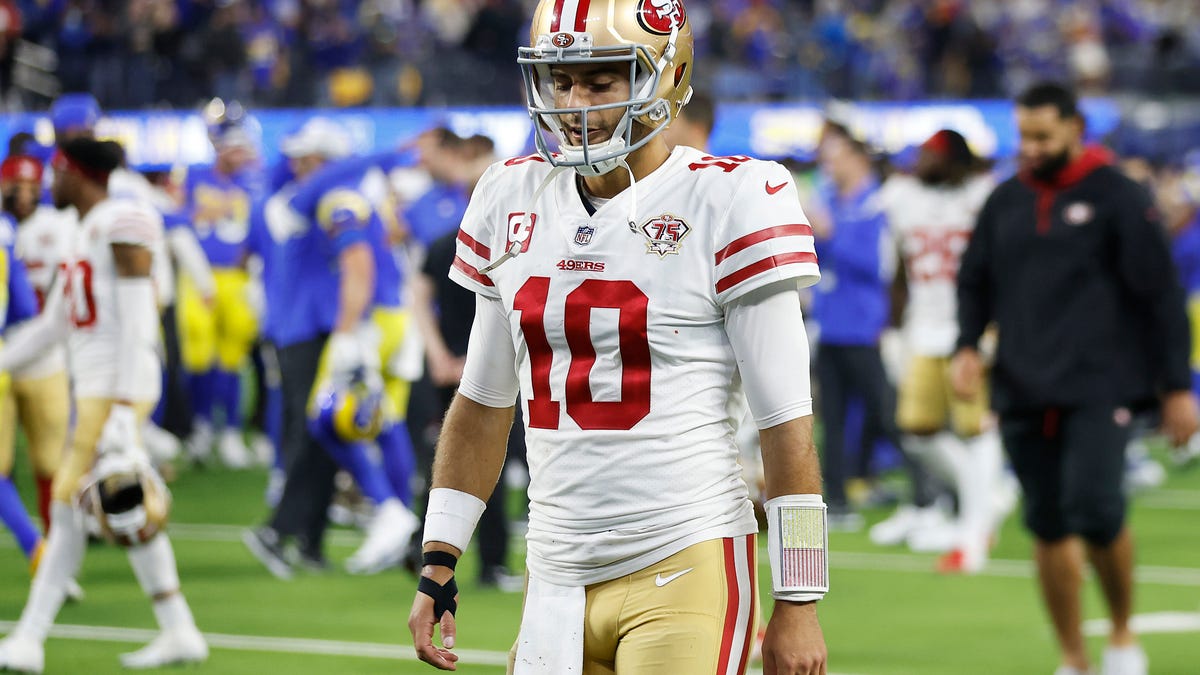 Jimmy Garoppolo isn’t going to Tampa, but would work for another NFC team

Now that San Francisco 49ers quarterback Jimmy Garoppolo is on the mend following shoulder surgery in March, trade rumors are starting to resurface, with one sounding too ridiculous to be true. The rumor that Tampa Bay is interested in bringing Garoppolo to Florida has been floating around.

The mere thought of this even being contemplated by the Buccaneers is absurd. Did we forget who the QB is in Tampa? The same guy that wanted Jimmy G shipped out of New England. It really is a wonder sometimes how a rumor like that gets started. Given the history between Tom Brady and Garoppolo, there’s no reason anyone should’ve believed this for a second.

But according to Garoppolo’s agent, Don Yee, the reports about his client going to Tampa Bay are false. That’s coming directly from the Jimmy G inner circle. I didn’t need to hear Yee say that. It never sounded like a credible option for the Bucs. Even if Bucs management were interested in Jimmy G, Brady would’ve shut that down quickly.

One Buccaneers coach took a dig at Garoppolo in downplaying the team’s interest.

And why would Garoppolo be okay with backing up Brady for the second time in his career? Not that he’d have too much choice in a trade scenario, but this sounds like something his agent would put up a fight over with the 49ers. Plus, from the sound of it, Tampa has little to no interest in Jimmy G even as a backup.

There is another NFC team, however, that might be interested in Mr. Garoppolo’s services. The Seattle Seahawks need a starting QB, although they’ve gone through the offseason thus far telling everyone that they’re pleased with Drew Lock. The U.S. Open doesn’t even believe that. Again, it just doesn’t sound believable that Pete Carroll is set on going into the 2022 season with Lock under center. Throw Geno Smith in that mix as well.

Garoppolo would be an upgrade over both guys currently occupying the QB room in Seattle. The biggest obstacle is San…