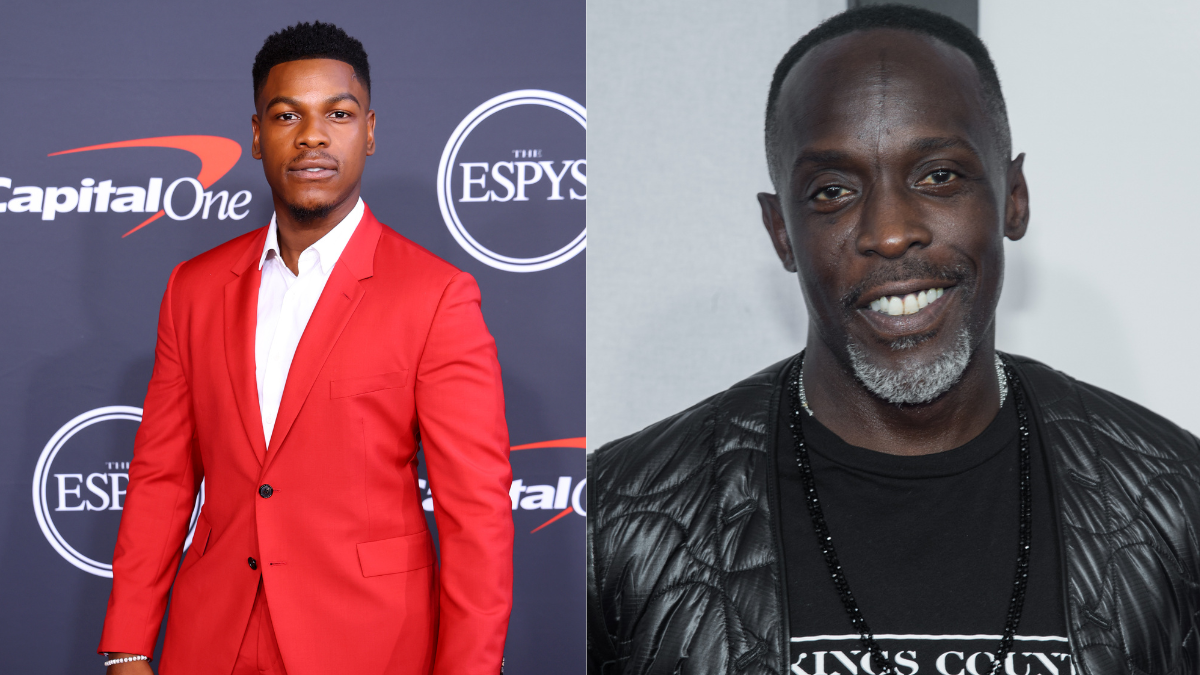 In the upcoming movie “Breaking,” late actor Michael K. Williams plays a cop whose job is to calm down John Boyega‘s troubled character as he attempts a bank robbery. The film sheds light on war veterans and the obstacles they face once returning home to everyday life. “Breaking,” which is based on a true story, was filmed prior to Williams’ passing on Sept. 6, 2021. The Emmy-nominated actor and producer was found dead in his penthouse in Brooklyn, New York, from an accidental overdose. He was 54 years old.

Boyega said it was “incredible” working with Williams on his last posthumous film before his passing. “To see the trailer today brought back all those emotions and feelings of being on set with him,” the British actor told “Entertainment Tonight” at the ESPY Awards on Wednesday, July 20.

For his role as Brian Brown-Easley, Boyega stepped outside of himself to play a man close to homelessness after struggling to received disability benefits from Veteran Affairs — a common circumstance for some veterans after they return home. His character decides to seek justice and make statement to the government by walking into a bank and threatening to activate a handheld bomb.

“Breaking’ is going to be an incredible movie,” Boyega said. “Starring in the movie alongside Michael K. Williams and Nichole Beharie has been a blessing to me. And I’m getting ready to show you lot of a little range. Show you lot a little somethin,’ somethin’…you know what I mean?”

Michael K. Williams was one of the most respected actors and producers in the entertainment industry. He’s starred in films like “Brooklyn’s Finest,” “When They See Us,” and others. His other notable series roles include “Lovecraft Country” and the beloved HBO…