BREAKING NEWS
GMT-4 08:18
Home Sports John Daly may miss the cut, but at least he enjoyed his PGA Championship 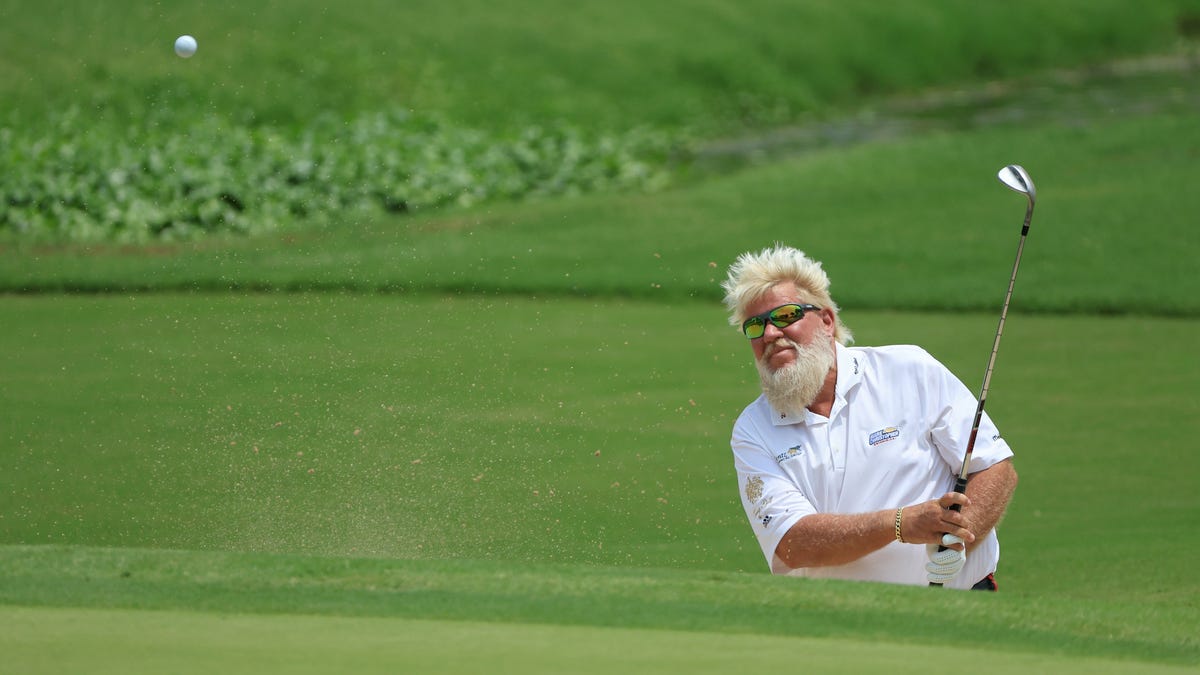 John Daly may miss the cut, but at least he enjoyed his PGA Championship

Posted By: adminon: May 20, 2022In: SportsNo Comments
Print Email

Twenty-one cigarettes, 12 Diet Cokes, six packs of peanut M&Ms, and zero ounces of water — that was the John Daly special at a full 18-hole practice round during the Wyndham Championship in 2008, per a CBS Sports reporter reminiscing on a weird and wild summer day. And in true John Daly spirit, the 56-year-old has taken Southern Hills head on in much the same fashion this week.

They’re finishing up Day Two of the PGA Championship down in Tulsa, and while the veteran golfer was teetering on making the cut, it’s not looking like he’ll be out on the course for the remainder of the weekend. Nevertheless, he’s been beating Masters champion and world-ranked No.1 Scottie Scheffler nearly all day — at one point by as much as three strokes.

Daly, best known for his love of the wings chain Hooters, seems to have cracked some code that the rest of us are decades behind finding out about. Rather than settling down for a good night’s sleep, he was reportedly in a casino last night after a cursory stop by the local Hooters, his handy pack of cigs and can of Diet Coke never far from his reach — a trademark move from the two-time major winner.

He’s also been sporting some fantastic fits on the course this weekend — Sunday red has nothing on multicolored skull pants — and has been whipping around the course in a golf cart (yes, it’s allowed, thanks to Casey Martin, an old Stanford teammate of Tiger Woods). For a few glorious moments Thursday morning, Daly’s name topped the PGA Championship leaderboard.

His casino runs in the Tulsa area are hardly unprecedented — during the 2007 PGA, he told reporters that he played the slots and didn’t do a practice round because it was “too hot.” It was awfully hot that year at Southern Hills, to be fair. Hundreds of people were treated for heat exhaustion. Daly apparently told Tiger that he hadn’t had an ounce of water that day, either, but 13 Diet Cokes. Can’t beat that with a stick.