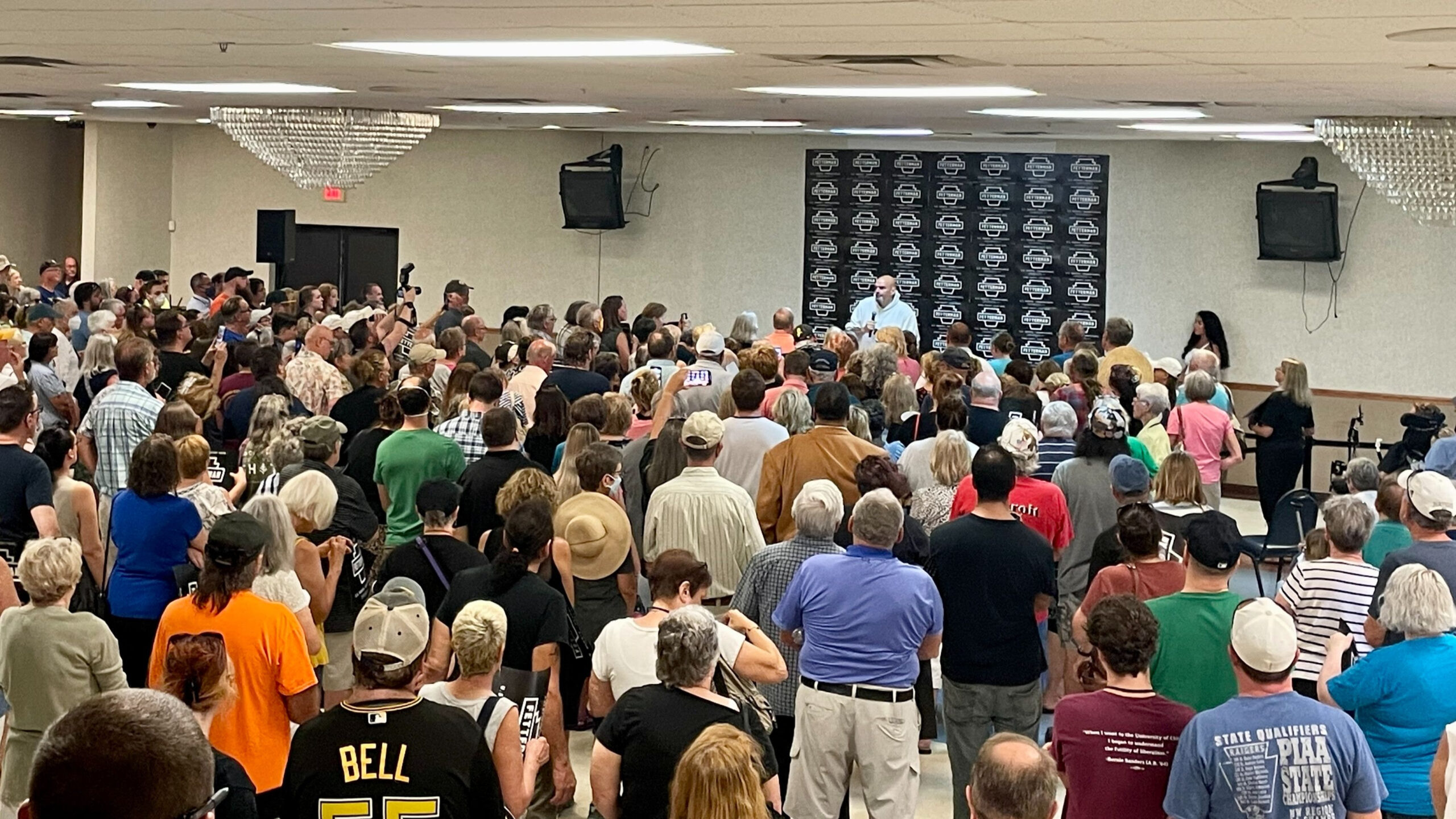 John Fetterman drew big crowds during a swing through some of the reddest parts of rural Pennsylvania.

According to a statement from the Fetterman campaign as provided to PoliticusUSA, “As Dr. Oz palled around with Mitch McConnell and his wealthy donors in Kentucky, Pennsylvania Lt. Governor John Fetterman this weekend did back to back campaign rallies in two rural counties in western Pennsylvania, drawing massive crowds at two stops in Venango County and Mercer County. On Saturday, Fetterman spoke to over 450 voters at Demstock in Venango, a county Trump won by over 40% in 2020; on Sunday Fetterman held a rally with 427 supporters in Mercer, a county Trump won by over 25% in 2020.”

The rural counties in Western Pennsylvania are the backbone of Republican and Trump support in the state. To an outside eye, the crowd numbers might seem small, but these counties are heavily Republican, and for Fetterman to draw nearly a thousand people to his two stops is impressive.

For context, Fetterman’s opponent Mehmet Oz has been seemingly lying about his crowd size and drawing dozens of Republicans to his rural stops in the state.

Fetterman said in Mercer County, “Do you think Dr. Oz could get over 400 people out in Mercer County on a Sunday afternoon? Dr. Oz didn’t even know that Mercer County existed a year ago. ‘ll always fight for Mercer County. From the start, our campaign motto has been ‘Every County, Every Vote.’ Mercer County isn’t a place many Democrats go to, but that doesn’t change our approach. Showing up and competing in places like Mercer and Venango, and all of the other counties in between is the secret to winning as a Democrat in Pennsylvania.”

John Fetterman will not win the two counties he visited on election day, but winning those counties isn’t the point. Just like President Biden did in 2020, Lt. Governor Fetterman wants to drive up the turnout of rural red Democrats to limit the net amount of votes that Oz can gain from Republican strongholds.

Drawing that many voters to campaign events in some of the most Republican parts of the state are signs of strength that,…