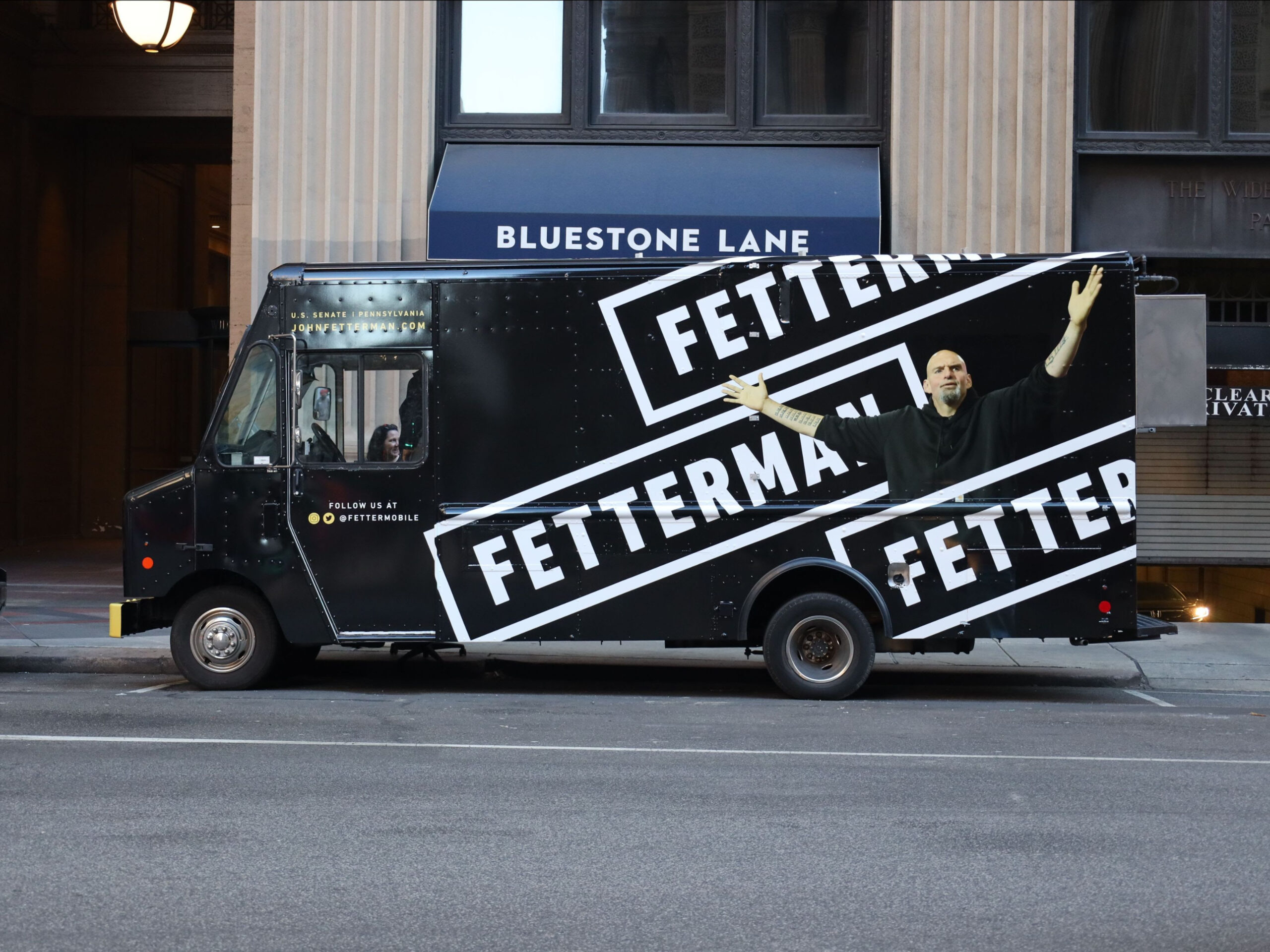 John Fetterman Launches Food Truck To Campaign For Him Across Pennsylvania

The Fettermobile will debut at Fetterman’s rallies today in Philadelphia and the Lehigh Valley, and will be at nearly every Fetterman campaign event through November 8th.

It will also make countless stops at other events throughout the Commonwealth not sponsored by the campaign — like community picnics, Democratic party events, high school and college football games, and other events.

The Fetterman campaign hopes to have the truck visit every county in Pennsylvania before election day in November.

One of Lt. Governor Fetterman’s campaign’s strengths is its creativity in reaching Pennsylvania voters. The Fetterman campaign has used humor, social media videos, and traditional outreach tactics to engage with voters.

In contrast, Republican candidate Dr. Oz has struggled to connect with Pennsylvania voters and has instead opted for Fox News appearances and smaller events in the state and carpet bombing the state with negative ads about Fetterman.

If the Oz campaign tried to counter Fetterman’s truck, it would likely resemble a 1985 Chrysler K Car selling miracle diet pills out of its trunk in south Jersey.

John Fetterman has maintained his lead in the Pennsylvania U.S. Senate contest, and as the Fettermobile demonstrates, he is taking nothing for granted in the final six weeks of the campaign.