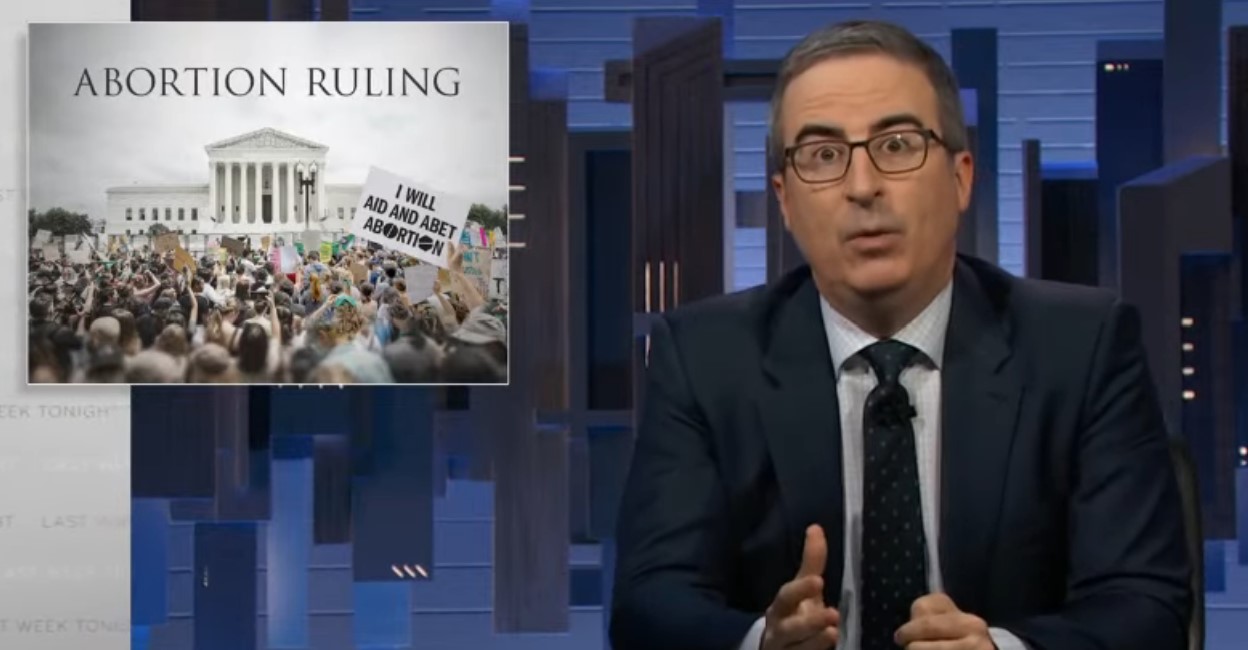 On Last Week Tonight, host John Oliver ripped everyone from Susan Collins to Clarence Thomas to some Democrats after the Supreme Court’s abortion ruling.

Oliver said about Clarence Thomas, “Clarence Thomas wants to uphold the sanctity of marriage, because as we all know marriage is between one man credibly accused of sexual harassment, and one woman who wanted to overthrow a presidential election. You know, the way God intended.”

John Oliver later turned to Susan Collins, “Besides, what kind of idiot would even pretend to believe any kind of reassurances from these justices? You’re right,  it’s Susan Collins. Susan Collins would absolutely be that f–king idiot.”

Oliver later said of many Democrats, “And it has been dispiriting to see so many Democrats this week utterly fail to meet the moment. A moment, by the way, they had nearly two months to plan for. Nancy Pelosi read a poem. One Rep. tweeted a picture of himself doing yoga, and so many Democrats sent out requests for money, really fulfilling that old Democratic adage, when they go low, we ask you for fifteen dollars. All of which seemed so completely out of touch with how people were feeling.”

The Last Week Tonight host singled out Cori Bush and AOC as elected Democrats who get it.

John Oliver closed with, “Time will tell what this week actually was. If it was a permanent setback, a way station along a further descent into hell, or if it galvanized a movement that eventually won back everything that we just lost. But the only thing that I know for sure right now is that this week was heartbreaking. It was enraging. It was a supreme injustice, and it was, if I may quote the Michigan Legislative Black Caucus, some absolute bulls-it.”

Oliver was correct. It was disheartening to see so many Democrats send out fundraising emails and texts as 51% of the population lost a fundamental right. Too many political cynics and “Democratic strategists” are treating the overturn of Roe like another political opportunity when it is so much more.

The past week was nightmarish, but the time is now…