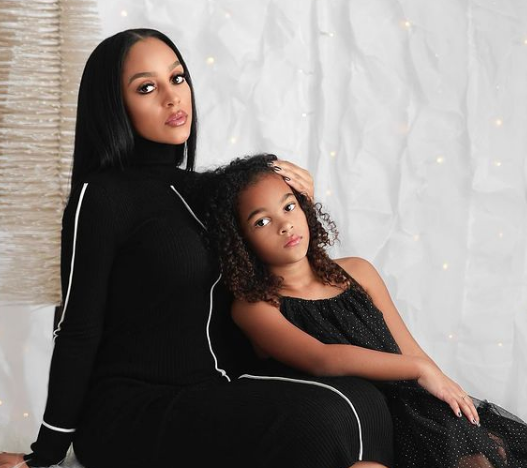 Joie Chavis recently took to Instagram to showcase how supportive her daughter Shai Moss is, even after the 11-year-old fumbled a few dance steps.

In a post shared on July 23, Chavis and Moss show off their best moves as they jammed along to a remix of Miguel’s hit single “How Many Drinks” featuring Kendrick Lamar.

Joie Chavis’ fans mention how much they enjoy watching her and her daughter Shai Moss bond through dancing. @joiechavis/Instagram

The clip starts with Chavis and Moss, who are in a bathroom located in what seems to be their home, posing for the camera before doing their synchronized dance. Many of the techniques included arm and leg gestures.

Towards the end of the dance video, the mother-daughter duo spun around in a circle. During that move, Moss temporarily lost her footing. Instead of being shaken by the error, Moss kept her composure and cheered on Chavis as she continued to dance.

In addition to the recording, Chavis praised Moss in the caption for being a good sport and hyping her up. The 33-year-old  wrote, “Look at my baby hyping me when she messed up.” As fans viewed the upload, many expressed how much they adored Chavis and Moss’ relationship and their dance videos.

“I love their bond.”

“Daughters are something special.”

“Love the bond you two have!!”

“I love watching them dance together.”

Among the previous responses, others brought up Moss hyping up Chavis. One wrote, “It definitely was the hype for me!” Another said,”Shai hyping you up is everything.”

A third Instagram user stated, “The way she amps you at the end (heart-eyed emoji).”

This video comes weeks after Moss showcased how she was ready to ride for her mother after Chavis uploaded a video of the pair participating in a fight prank. The TikTok trend aims to test the child’s devotion to their parents when met with an opportunity to use violence to defend them.