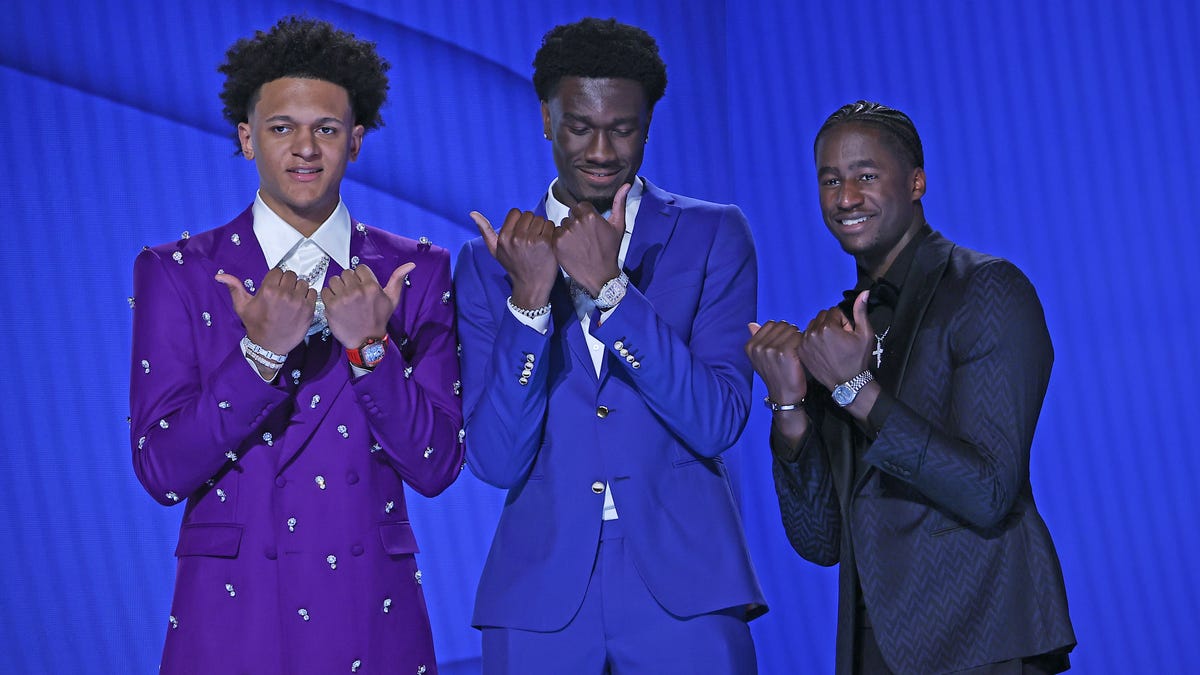 I had the ESPN broadcast of last night’s NBA Draft on while cooking dinner, and even with my hands occupied by a pot of mac and a large spoon instead of my phone and internet, I knew Kendrick Perkins was going to get broiled over hot Twitter embers.

It started with calling Paolo Banchero a Michael Beasley-Ben Simmons hybrid, which had to be encouraging for Magic fans. So he’s got the game of a No. 1 pick who hasn’t played since a mental breakdown in the playoffs more than a year ago, and a No. 2 selection who splits time between the NBA and China. Congratulations, Orlando!

At one point, Big Perk said Chet Holmgren is like if Giannis Antetokuonmpo and Kristaps Porzingis had a baby, which sounds more like a joke from Pineapple Express than quality draft analysis. If you hear some outlandish shit and don’t even need social media to tell you it’s going poorly, then it’s probably even worse online.

That last thing you want to do is enga— oh, no Perk, noooooo. Do not reply to that Desmond Bane tweet. Young people were live-streamed into this world.

Bane referring to Perkins as “black Santa Claus” in an exchange about running up a chimney is why you do not, for any reason, “lip box” with Gen Zers. You getting mad only delights them more.

Jabari may have went third, but his fit came in first

It takes more confidence than I’ll ever have to show up on the biggest day of your career — to this point — wearing a purple suit with silver rhinestone tassels on it. Fashion certainly is subjective, so if the No. 1 pick wants to walk across the stage looking like a moldy grape jolly rancher, let him.

I love the ESPN Twitter feed evaluation of these prospects that they’re not allowed to post a bad word about. If Banchero’s fit was “ELITE” then what all caps complement will be bestowed upon Chet “You Rang Jr.” Holmgren?

Yes, the curtains from Dracula’s dining room repurposed into a suit is indeed STYLE. The gold dice chain makes him look like a croupier from…