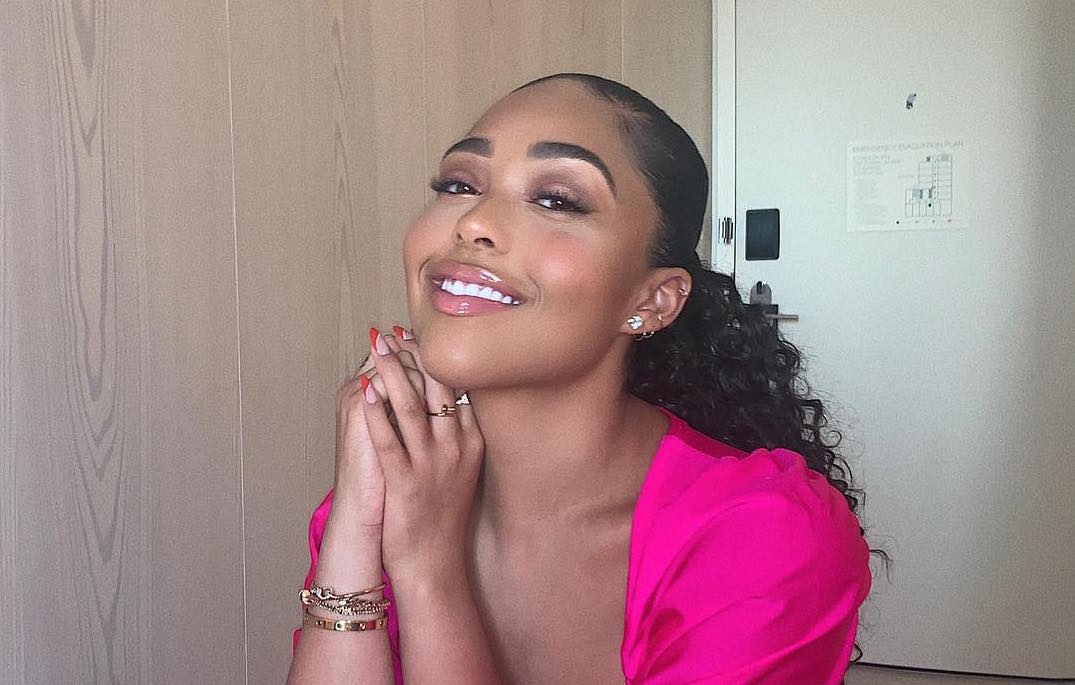 Jordyn Woods‘ body became a topic of conversation recently after the model showcased her athletic physique in a tiny two-piece ensemble.

In the Instagram post shared on Aug. 1, Woods, who rocked a blue bra and jean shorts accessorized with a belt and red high heels, was seen seductively posing while sitting on top of a red convertible.

Jordyn Woods stuns fans with her new look as she poses on a convertible. Photo:jordynwoods/Instagram

In addition to the photo, the 24-year-old informed her followers that she was mentioned in Beyoncé’s new track called “Thique” by sharing a screenshot of the lyrics. The song is featured on Beyoncé’s seventh studio album, “Renaissance.”

The lyrics read, “That’s them hummers. That’s that girl, give me your number. That’s that Jordy. That’s that Scarlett. That I just got out of college.” Alongside the images, Woods referenced the song in her caption by writing the word “thique.”

As fans viewed the upload, many complimented Woods on her snatched physique.

“This picture slapped me in my face.”

“STOOOPPPPPPPP!!!! The girls could never!!”

“It’s giving everything the blonde look so good on u sis.”

“You did that all that hard work at the gym and eating healthy looking Caliente.”

In 2020, during an interview with “Hollywood Life,” Woods revealed some of the fitness secrets that have helped her maintain her slim figure. She shared with the publication some of her favorite workout routines.

Woods said, “One of my favorite workouts to do involves a couple of various things. I like to challenge myself with sumo squats, starfish toe touches, scissor leg raises and lying knee tucks. I will do twelve to fifteen reps of those and repeat it three to four times. If you are not sweating after that and don’t get a good workout from there I don’t know what to say because that gets me going and really is something that works pretty great for me.”