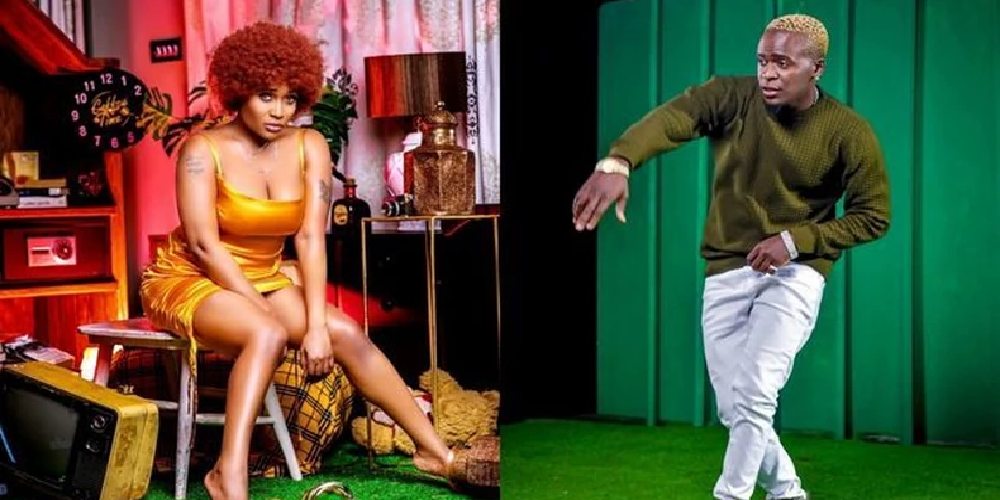 Kenyan songstress, Jovial is finally warming up to the charms of fellow star, Willy Paul months after the “Sitolia” hitmaker shot his shot on social media.

After initial exchange, including lecturing Willy Paul on how to approach a lady, the diva appears to have changed her mind and is warming up to the charms of the Saldido international entertainment owner.

The diva gave Willy Paul a reason to smile into the weekend after posting him on her Instagram, accompanying the photo with a note that read:

“I just wanna fall in love.

Netizens were quick to read in between the lines with some opining that Willy Paul had waxed his lyrics behind the scenes or taken the battle into Jovial’s DM.

Others were quick to dismiss it as clout-chasing with speculation rife that the pair could have worked on a song together and want to gain some publicity before releasing it.

One even went a step further and cautioned the diva to focus on her music as it could end in premium tears, an advice that the songstress did not take kindly.

It began a few months ago when Willy Paul took to social media, commenting on a photo that the diva had shared online.

“Wewe nikupata nakukula na ugali ya ushago aki.” Wrote Willy Paul, a comment that saw some netizens challenge him to sharpen his skills if he hopes to succeed.

“Maybe I should come slowly jaber. If you know me well then you know how much pride I got in me.. so for me to come here and ask you out aaaaaaih. Just say yes!”

The songstress was clearly not impressed by Willy Paul’s approach and took to social media to lecture the singer with little hope that Willy Paul would succeed.